Home Argentine Traditions The magic of Cafayate and its serenade

It is one of the most important folk festivals in the country that takes place every year in the heart of the Calchaquíes Valleys. 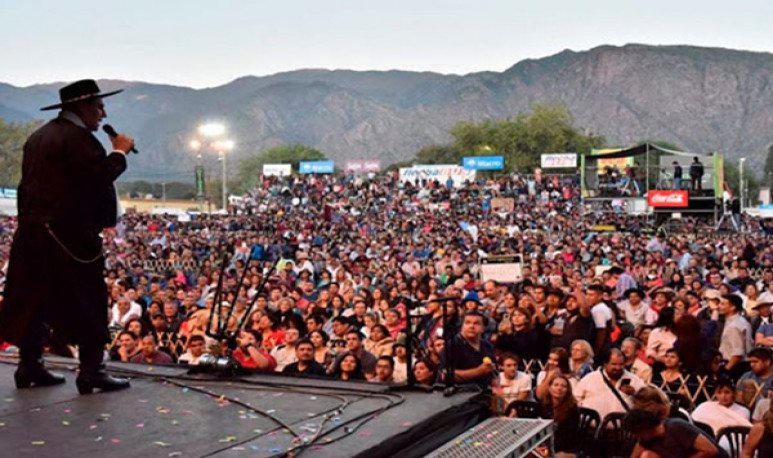 The  Cayafate Serenade  is one of the most important dates in the  province of Salta.  In this beautiful city, owner of imposing landscapes, the purest traditions of the region are celebrated. In this note we share everything you need to know about this important event that takes place every year during the month of February and that fills the Calchaquíes Valleys with joy and color.

Nestled in the Calchaquíes Valleys,  Cafayate  stands as a  wine-growing area for its sufficient production of high altitude wines . An industry that has been in the area for years, helped by a climate conducive to its development. And, if good  wine can not be missing on the coffee tables, good music either. The history of the origin of the folk festival dates back to 1974, as a tribute to a memory of ancient serenades and old singers.

The well-known tours called “the wine route” are popular within the tourist magics that this city offers to its visitors. But  the Serenade, offers a musical show that has transcended the borders of the province  and is currently part of the tourist offer Salta for those who wish to tour this small but adorable town.

In its beginnings, the Serenade emerged as an idea of the winemaker Arnaldo Etchart who, among talks with friends, sought, through music that evokes romantic serenades and guitarreads, to pay tribute to the workers and workers of the vine. in the social practices of the inhabitants of the city. This was setting up a meeting that tried to entertain the long working hours of the workers.

The stories of those who witnessed the first meetings give account of the fraternity and hospitality that emanated from these serenades, which brought together guitarists, bandoneonists and copleros from the area. The stage chosen for this call was located in a plot opposite the corner of the Main Square, which was named Payo Solá stage, in homage to the bandeonist of the Salta carnivals.

Over the years, this holiday spread to the whole village, and made it participate in one of the busiest events in Salta . When the Serenade became part of the cultural heritage and with the recognition of the Government, it expanded to other corners of the country, and  became part of the most important festivals nationally . Recognized folklore characters went through these stages: César Perdiguero, Jaime Dávalos, Eduardo Falú, Cuchi Leguizamón and Manuel J. Castilla.

This festival allowed to promote the development of the hotel, gastronomic sector, and the sale of local handicrafts  that enhance the tourist resource of the province, full of beautiful landscapes. In the last 2020 edition of this festival, 9,000 people participated with the presentations of the Tekis, who opened the festival, Sergio Galleguilo and Chaqueño Palavecino.

Without a doubt, this festival invites folklore and good wine lovers to enter this magical world that intermingles its vineyards with the purest of traditions.  Cafayate is a feast, it's joy and, above all, it is sharing.  One of the most stacada celebrations of the Salteño cultural calendar that has managed to position itself throughout the country and that  every year awaits with open arms all those who want to come and enjoy.