Home Argentine Traditions The largest demonstration of faith in the country

The pilgrimage to the Basilica of the Virgin of Itatí, in Corrientes, is the most massive demonstration of faith that Argentines have. 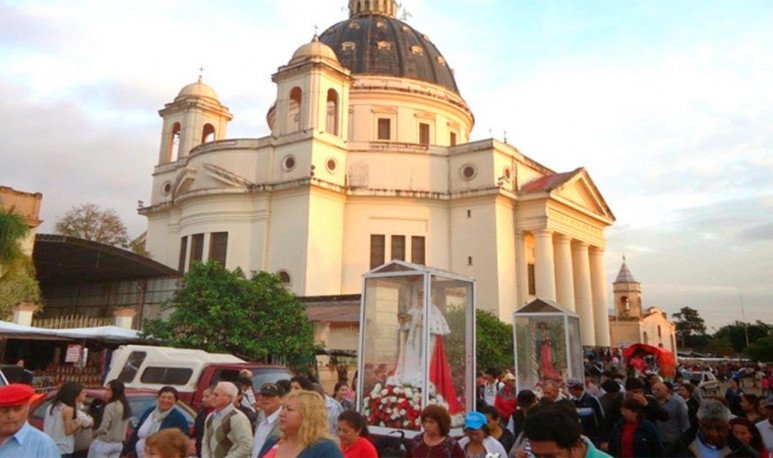 These are official figures from the Correntina town of Itatí.  About 400,000  faithful  from all over the country attend every year for the celebrations of the Virgin of Itatí . This massive march of pilgrims celebrates the anniversary of the coronation of the Queen of Paraná and Love. Some walking, others on horseback, by bicycle or by car, from Buenos Aires, Neuquén or Catamarca, all go to  Itati . They do it as an act of devotion and love for the Holy Virgin. A real demonstration of faith. 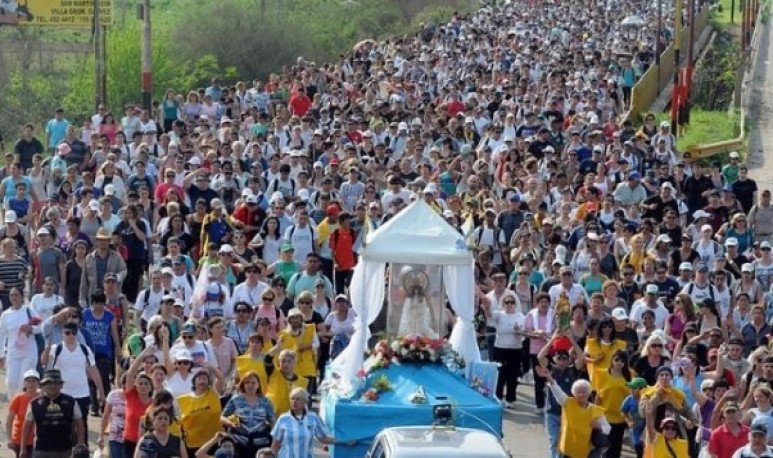 The famous Sanctuary located in the province of  Corrientes  is one of the most important in America. Every  16 July , no one wants to stay outside the Basilica of Itati. On that day,  we commemorate the moment when the image of the Virgin of Itati was crowned by Pope Leo XIII . However, celebrations in honor of the  Virgin Morena  last much longer than 24 hours. It's a week full of activities. It begins on July 9, in what represents an “intimate” celebration of the Itateños themselves, before the massive arrival of pilgrims.

During the night of the 9th, just after 24 o'clock, the imposing image of the  Virgin  receives the greeting of the people. With the first lights of the day, the traditional salva of bombs and ringing of bells takes place for the first  mass . Later, the Itateños make their own torch procession next to the Holy Mother.

The 13, 14 and 15 are days of preparation for the local community. Prior to 16, Itatí receives only pilgrims from neighboring localities. During the night the Festival of the Pilgrim's Faith is held. And at midnight, the long-awaited greeting to Our Lady.

The religious barrage of 16

The massive arrival of the faithful to Itatí by July 16 obliges the local community to prepare. Prepare seriously!  The Correntine city with less than 10,000 inhabitants has a huge task during that date .  It must receive just under half a million pilgrims from all over the country . Like a gigantic tide that grows and grows without stopping, the  religious procession  suddenly enters the city. On the 16th, the streets look crowded with devotees in all directions. If you want to experience what religious feeling means, you can't miss these celebrations.

The  ceremony  concludes in the evening, with a central mass at 19. Subsequently, the multitudinous procession of faithful takes place and in the end, close with music and typical dishes. The next day, they all disappear. The town of Itatí returns to its traditional tranquility under the Basilica of the Virgin.

Apostles get on the bike