Home Argentine Traditions Kuranto, how much do you know about him?

Kurantö is a good selection of Mapuche atavic dishes. During February there is a ceremony around this elaboration. Numerous visitors are excited to participate in this event. 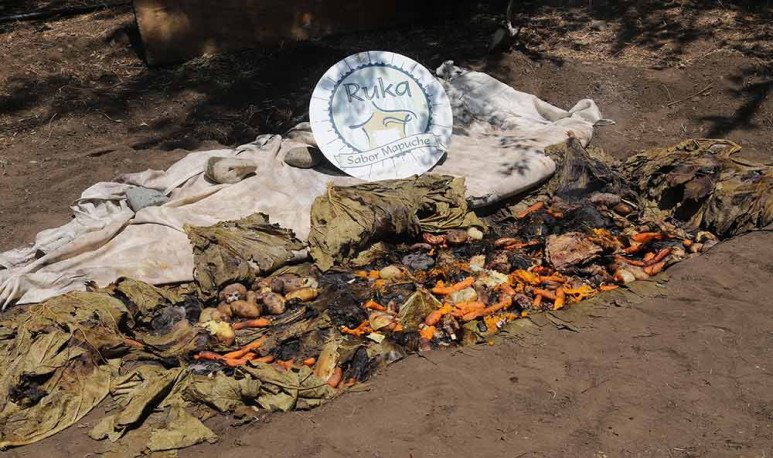 In  Mapuzungún , the language of the  Mapuche people,  kura  means “  stone  ” and  antu  , “  sun”  ; so “  hot stones  ” is one of the possible definitions for Kurantö, in clear reference to the way in which it is produced.

This ancient cooking technique requires  many hands  and, somehow, symbolizes the solidarity and community spirit of the Mapuche people. Hence, it moves families from the region and  tourists  who come to visit from distant origins.

Some historians claim that  Kurantö  curanto began on the island of Chiloé, in southern Chile. There is currently, but unlike what happens in  Patagonia  Argentina, this preparation is made up of seafood or fish. The most daring say that this tradition came from Polynesia, there the natives make a similar preparation. The truth is that it is reminiscent of igneous ceremonial archaics, since the magic of fire has always ecstasy native cultures.

The rite of preparation requires a lot of work and each step represents a new discovery for each individual who adds up and who did not live the experience before.

Strictly, a hole is made in the earth about 25 centimeters deep (depending on the number of diners), in which are placed bocce stones (typical of the lakes of Patagonia) that are heated before the red hot. On these stones is placed a mattress of nalca leaves or maqui (vegetation of the mountain range area) and on these, all the ingredients: usually seasonal  meats  and vegetables are used.

Thin threads of smoke, from the ground, will announce when cooking is ready. Then the uncover of the  Kurantö is made.  At that moment the aroma of food invades the minds of diners. Everything remains with a tender texture, cooked by the heat of the stones. Flavor that is shared

Kurantö  has as main ingredients, beef and lamb, sausages, potatoes, corn, carrots, onions and stuffed squash. The taste of cooked  foods  with this recipe surprises guests, who also move with the experience of participating in the production. The moment when the smoke and steam columns leave the earth to announce the moment of the uncovering of  Kurantö , they generate special attention among those who have access to this experience for the first time.

Those who make it are chefs with Mapuche  Tehuelche  identity of the Lof Nahuelpan who have been making  Kurantö , for six years as a way to keep this ancestral custom alive.