Home Argentine Traditions The Harvest Festival will be virtual

The mythical National Harvest Festival will finally have its 2021 edition, but in virtual format. Tradition will remain intact. 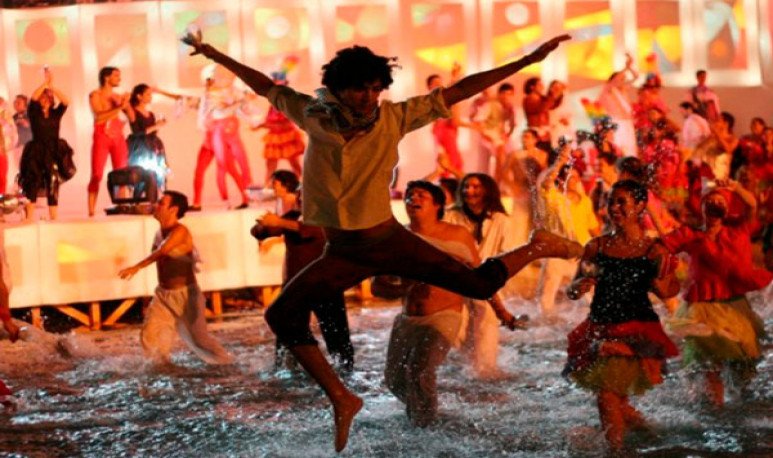 With many modifications, changes and proposals renewed. This will be the National Harvest Festival 2021.  The goal is to maintain the tradition of such a typical celebration of Mendoza. However, the pandemic has changed the rules of the game.  The multitudinous show, with more than a thousand artists on stage and more than 20,000 spectators in the stands, will be left for the next edition. Because in this format is completely renewed, but guaranteeing the vintage-spirit.

Mendoza authorities did not let any more time pass and confirmed that the  National Harvest Festival 2021   will have its special night on March 6.  Fulfilling the tradition of celebrating the maximum festival of Mendoza on the first weekend of March. However, in this edition, that day will be truly special. The lights of the Greek theater Frank Romero Day will not turn on and the stanzas of the Harvest march will not resonate between the hills.

For the 2021 edition, the format is completely changed. It will be the 85th version of our party, but the first one that won't have a central act.  The idea is that each of the 18 departments that make up Mendoza provide a location, natural setting or place to make an artistic, cultural and traditional number.  Musicians , dancers, actors and artists in general will participate in each presentation. But they will also have the presence of real harvesting workers.

The idea is that the harvesters ,  producers   and all the doers of the grape harvest also have their space.  Deserved and often forgotten by the usual theatrical scripts that are performed in traditional vintages.

With each of the materials collected, a single audiovisual product will be produced that will be broadcast on Saturday, March 6 for the whole country,  but the goal is to show Mendoza not only to the country, but also to the world . Work is being done with the Foreign Ministry to enable Argentine embassies around the world to broadcast this special.

Although the entry of domestic and foreign tourists is imminent, it will not be possible to exploit this sector with Harvest. I mean, tourists will not be attracted by that event to leave dollars for our economy. That is why, to replace it, the Government is driving the idea that  restaurants, wineries and hotels offer a themed night, with a special dinner in which the special is broadcast.

There will be no new queen

Mayra Tous is the National Harvest Queen. But  tupungatin  has not been able to enjoy its mandate as it should because of the pandemic. Therefore, it was decided to stretch her queen status until 2022 and, thus, assuming that the vaccine will solve everything, the young woman will be able to participate in events, travel and exhibit the Mendoza brand around the world, something that has been deprived in this 2020.

The Fiesta, traditionally, summons more than a thousand artists who are chosen by rigorous castings in the preview of the central act. But there was speculation that, for this edition, there are fewer people affected. However, it was decided to summon the same number of people and thus offer a work option to artists, who have been among the sectors most affected by the quarantine.