On March 15, José Gabriel Brochero, better known as the “cura gaucho”, is commemorated in Posadas (Misiones). The Patronal Festival will be in Itaembé Guazú. 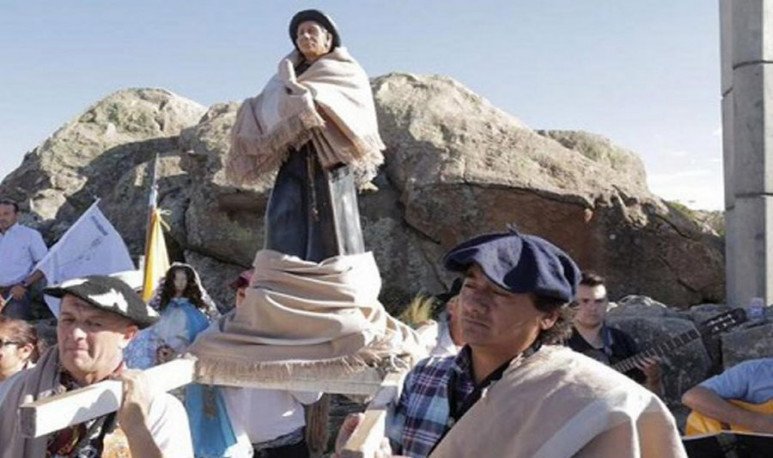 The faithful missionaries are preparing to commemorate, on Sunday, March 15, the renowned Cordovan religious known as José Gabriel Brochero, the “gaucho priest”.  Priest Paul Ptak, from the Holy Cura Brochero Church, commented that for the first time a procession will be held in his honor . It will be from  Santa Rita Parish  at 8 o'clock in the form of a horseback ride. All gauchos and the community in general, young, old and children will be invited to the pilgrimage. “We arrived at the Church at 10 and at 10.30 we will celebrate Mass. It will be on Sunday, March 15,” said Ptak.

Thus, the missionaries prepare a series of events to join in the celebration of faith.  The epicenter of the activities will be the Itaembé Guazú neighborhood (Los Jilgueros Avenue and Las Magnolias street). More precisely in the Church Santo Cura Brochero . There, the neighbors finalize details for the Patronal  Festival  , in which a large pilgrimage is expected. At the end, there will be a vigil until 22.

The pope defined Brochero as the “shepherd with the smell of sheep”. It was in the framework of his beatification on September 14, 2013. Thus began the path of José Gabriel  Brochero  to his canonization.

The gaucho priest was born on March 16, 1840 in Santa Rosa de Rio Primero, Cordoba. It was the fourth of ten brothers. His religious initiation was at the age of 16, when he entered the Major Seminary of Cordoba Our Lady of Loreto.  He performed charity actions and many claim that Brochero executed, too, multiple miracles .

The first case of relevance was that of Nicolás Flores. After an accident on 28 September 2000, the child was diagnosed with a vegetative state. However, he miraculously managed to recover. His father had prayed to the Cordovan priest.

The second was Camila Brusotti, a girl who was 8 years old when she received a brutal assault from her parents. He was unconscious and after months in intensive care, he started a miraculous recovery. His relatives were Brochero believers.