Oberá and his collectivities make Misiones an invitation to experience European and Guarani influence during the Immigrant Festival. 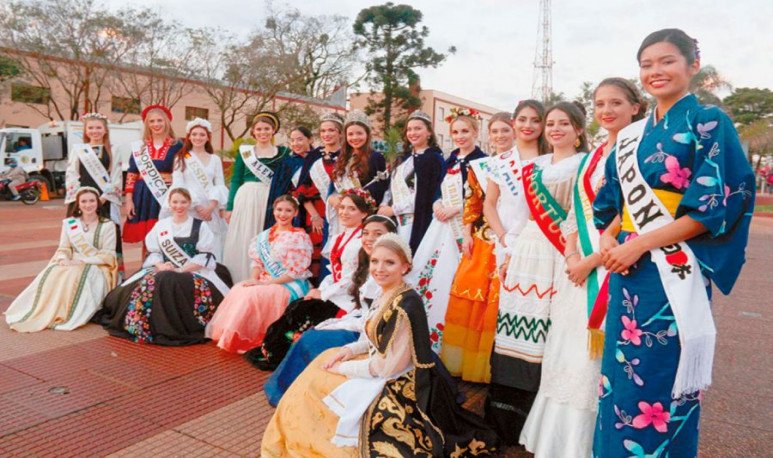 Oberá  is the venue for one of the most important and traditional festivals of Argentines, as well as  immigrants . About 150 years ago  Argentina  and Latin America were little populated, and they had a better socio-political situation than  Europe . This led to large waves of immigrants to see our country as a potential point of development and growth.

In those times, Oberá was not known that way. It was in  1928  that it acquired that name and went from being a colony of immigrants to a city. This was possible by the development that the Swedes, Germans, Norwegians, Finns, Denmarkers, Poles, Italians, Ukrainians, Russians and the originating  Guarani had driven.

Every September this  holiday  summons thousands of people, is a tourist attraction in Oberá. Each community has the possibility to share with others its culture, expressed in dances, music and handicrafts. Celebrations grow year by year, new activities are added.

Food  is one of the main ways to participate in a different culture. It is perhaps the most noble sample of sharing customs in the world. And on the Immigrant's Day,  it's not going to be missing . Each community offers its native meals. Many meals that already ceased to be an immigrant custom and are part of the  Argentine being.

In Oberá religion is part of many cultures and they have their space. Christians perform the  Way of the Cross  for Migrants and Refugees, passing through typical houses of their collectivities and praying the Our Father each in their language.

There are sporting events such as football, tennis, chess, volleyball, trick, among many others. Any immigrant, especially a European, brings with him a strong monarchical culture. This makes, in Oberá, the choice of kings and queens of the holiday one of the most anticipated and most enjoyed traditions.