Home Argentine Traditions The enigma of the vitel toné

The vitel toné is the end of the year, it is synonymous with closures, of the family gathered. 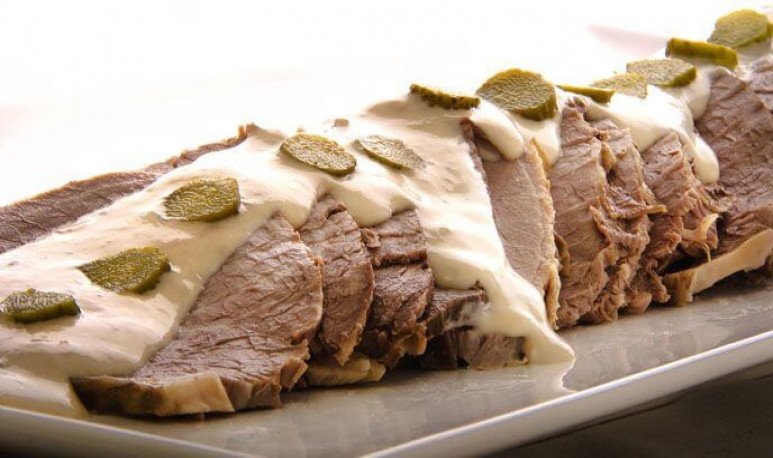 The season of the end of the year is special in many ways and is full of small particularities that are not repeated at any other time of the year. The kitchen, for example, has its star dishes that are replicated in every house and leave only for   Christmas and New Year  .

The magic of Christmas does not come only with gifts

So, we find ourselves eating certain preparations that sometimes we don't even like so much, but it's what you need to eat at those dates: there is no alternative. No one would think of making vitel toné in April, but no one dare to do without that dish on the holiday table. Why?

Because it's tradition, it's the known, the usual thing, and repeating certain  rituals  makes us feel good. Although certain things change over the years, although families add new members and lose others, it is comforting to feel that we are returning to the same place every year, that for a moment things are going to be the way they always were.

The enigma of the vitel toné is easily solved: the  vitel toné  is the end of the year, it is synonymous with closures, the grandmother's house, the family gathered. It is one of the many things that make that time of year special, and we prefer to reserve it for that moment only: preparing it another time would make the magic that accompanies this special atmosphere be lost.

Another point that many do not understand is the  custom  of super caloric meals. In this group we find sweet bread, nuts, nougats and puddings. Apart from having the same logic as that of vitel toné: tradition, no matter too much else, Christmas customs are imported from places on our planet where temperature is far from our warm December.

All these delicacies are typical of cities in which  winter  makes itself felt, and a lot! The white hollywoods Christmas that appear in the films are the prototype from which we take certain traditions. In this case we did not manage to adapt them too much. The motives? I'd like to give the right answer, but I don't think there is. I would say that you could well spend the typical Christmas dishes for other festivities that are celebrated in our country during the winter season, but I can only think of national dates such as May 25 or July 9. And we will agree that the cupcakes, fried cake, locro, carbonada and frola pasta do not change for anything. We will have to continue “sacrificing” in December, pray that the nights of 24 and 31 will be fresh

Something we could adapt is the Santa Claus costume, it is the least logical of everything and the  sacrifice  made by the chosen family, this time goes without quotes, there is no irony possible. When is a costume that includes muscular, bermuda shorts, and flip flops? We left the beard.

The yapa, a recipe for vitel toné to surprise

Place the fish in a saucepan along with carrots, onions, bay leaves, pepper and salt. Then, I covered everything with water, cover and cook over low heat.

Once it breaks a boil, half-stape the pot and kept cooking for 2 more hours.

Allow to cool in cooking liquid and finally cut into thin sheets.

Now for the sauce place all the ingredients in a processor (or blender) and process everything until you get a smooth and uniform sauce (eye, you don't have to stay either too liquid or too thick).

Try a little bit to see how it is going and add more seasonings if necessary.

Arm the toné vitel in a bowl, interspersing layers of meat and sauce. Cover up and keep refrigerated.