Gaucho's clothing is something iconic in our traditions. We tell you what it consists of and what uses they gave it. 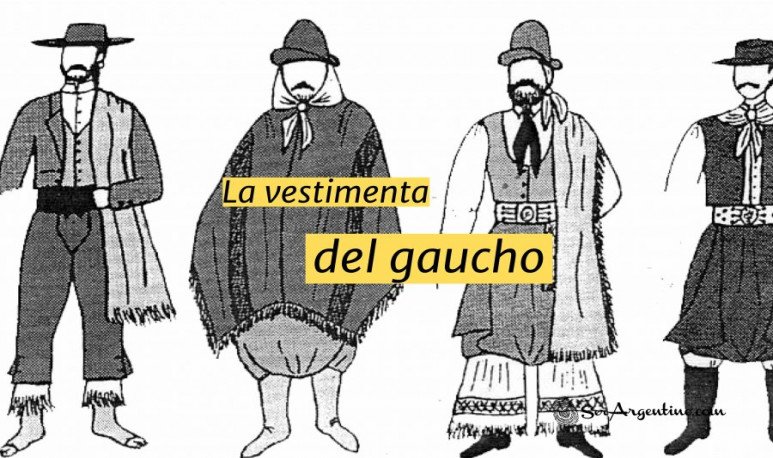 All  gaucho  clothing is usually called pilcha, a word of indigenous origin that has later become part of  lunfardo . The typical gaucho dress has the imprint of the Andalusian riders. To this sum the following elements:

Poncho, like the habit of  taking mate , were taken from the “Indian”. For example, from the aborigines het took the gaucho one of his most unique weapons: the boleadora. The horse, chambergo (alar hat) and guitar were inheritance of the Spanish conquistadors.

The gaucho used to ride with the so-called “colt boots”, which did not have heels and were split at the tips, so that the toes were uncovered. Another typical element of gaucho's clothing is its belts. The most conspicuous are called rastras and consist of wide belts of grained white leather, worked with alum.