Home Argentine Traditions The dead must also be modernized

The cemetery of Concepción del Uruguay, in Entre Ríos, came the time... to modernize! Therefore, also to its inhabitants. 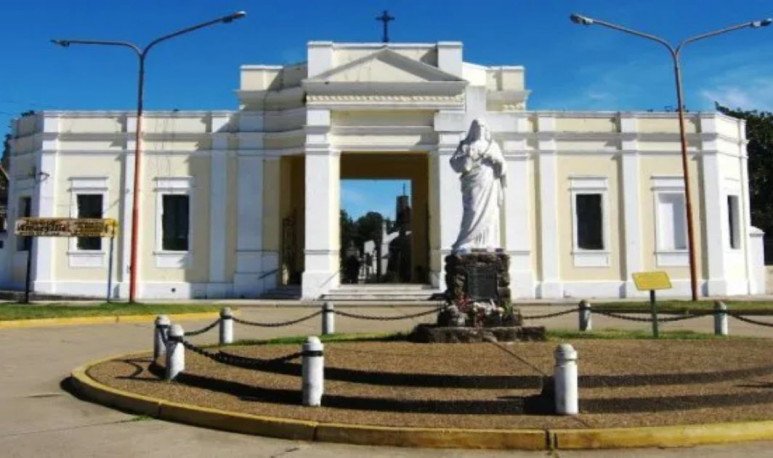 In this changing world, even the deceased comes the time to modernize or disappear seriously. It is no longer an excuse to be dead not to follow the latest cries of fashion.  This includes bodies, tombs and traditions in the cemetery of Concepción del Uruguay, in the province of  Entre Rios  . As the popular saying says, “It's time for everyone.” Only, instead of dying, this local cemetery came the time to update.

While the entrerriano  cemetery  has centuries of history to its credit, it was never a problem to modernize. The Uruguayan necropolis has already had several places of settlement. Originally, when the city was founded, Don Tomás de Rocamora placed it in front of General Francisco Ramírez square. However, as the song says, “change everything changes.” So, by the end of the 18th century, the city of Concepción grew and the first drawbacks to the central cemetery appeared. In 1805, an ecclesiastical card determined that the “land of the deceased” should be located in secluded places of the city. This was due to reasons of “public health and greater temple decency”. In order to comply with this order, he moved to the old chapel of Almiron.

From there, the removals were recurring. Naturally, the dead were never consulted . The municipal cemetery moved from one side to the other. First, to a site bordero to the old  church , in the current neighborhood La Concepción. By the middle of the 19th century, he had to  move again, thanks to the management of General Justo José de Urquiza.

Currently, the authorities of Concepción del Uruguay are looking to adapt this place to new funeral customs. “The slogan of mayor Martín Oliva was very clear when he called me. The aim is to have a cemetery with a functioning of excellence, adapted to the 21st century. It's not that things have been done wrong until now. The customs have changed, and we must live up to the circumstances. As an example, we point out that today the cemetery does not have a cinerary. The only one in the city is in the Basilica.  But all those who are not Catholics have no place to deposit their ashes ,” said Ana Almeida, coordinator of the municipal cemetery.

Almeida said that the modernization process involves establishing new conditions of health and service for the cemetery. Also, the value of the place and a declaration as Open Sky Museum of Concepción del Uruguay. “In the past we saw important ceremonies with the funeral bubbles and today that custom is no longer used,” said the coordinator. What would the dead say about their customs if they could speak?