Home Argentine Traditions The Day of the Sángche de Milanesa, only in Tucumán

The sángche de milanese tucumano is an incomparable food, sought by every tourist who arrives, to live the experience that satisfies the province.

If we talk about the sangche of milanese tucumano, we are talking about big words. Its preparation, presentation and membership element is unique. That's why every tourist who arrives in Tucumán knows that on his menu a good sángche will take place.

The product is popular, it is on the courts, at work, at concerts, at family dinners, bars or where you can imagine. The sangucherías in the province have a historical status, to such an extent that the sánguche de milanese has its day.

On 18 March it was established as the  Day of the Sánguche de Milanese . This date was chosen because it was the day that  José Norberto Leguizamón died, one of the most important sangucheros. The local Leguizamón is called “ Chacho ” and was one of the main drivers of the sánguche. Its products took relevance not only in  Tucumán , but in other  provinces as well.

That date you saw all the sangucherías. They all offer different promotions, become a place of culinary worship. It is a unique experience that a visitor to the province on those dates can not miss. There are spaces where fairs are organized so that people can see the different types of sangches there.

The tradition of sanguche de milanese in Tucumán is not limited only to that date, passion is lived all year round, even with other events alluding to the famous food.

In 2000,  Sandro Pereira  presented the monument to the sángche de milanese. The situation in those years of the country was critical, as now, but with different dyes. Pereira's work was an expression against the policies of that time using an element of popular culture. The first place of the work was the 9 de Julio Park. He was heavily criticized; however, art professionals gave him his approval, and then the work was bought by a collector at $10,000.

It was a long time, more than a decade, Pereira lived in Buenos Aires, but returned to Tucumán. He returned with the idea of re-establishing a replica of  the Milanese Monument . In 2013 the work was located in avenue Mate de Luna. Milanese is part of  popular culture, but also violence and vandalism: the monument was attacked and partially destroyed in 2015. This does not at all opaque its value, nor the cultural representation of what is the sángche de milanese for the Tucumans. 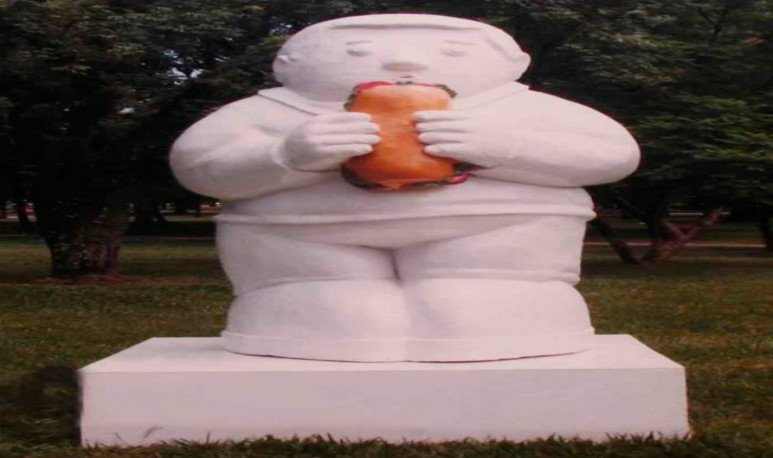 This event is an exclusive exhibition of the most famous sángche in the region. It is organized by the legendary television program República del Tucumán, which has the brand “Tucumán”. The sángche stalls stand out on the spot, but it's not the only thing. Draws are held, and contests linked to this cultural product. There are kermesse games and attractions for children. An unmissable activity to enjoy a full milanese sángche.