Home Argentine Traditions The day of the Guarani rebirth Mbyá

The Guaraní Mbyá community had its own celebration this week and is called Ara Pyahú. Let's get to know together other meanings of spring arrival. 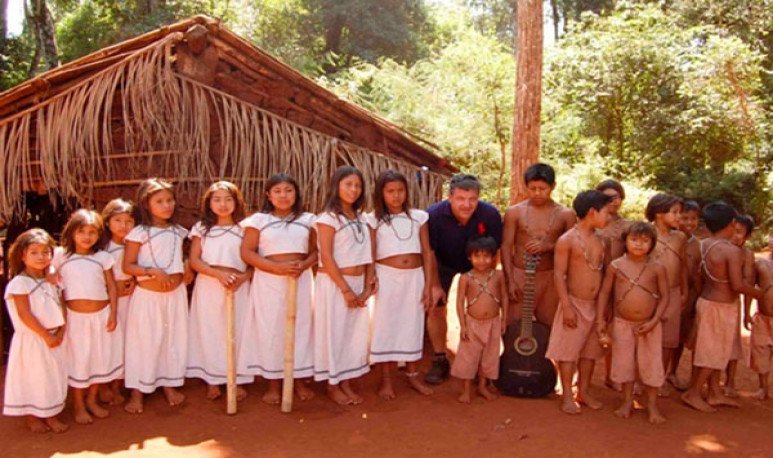 Every September 21, Argentines celebrate with joy the start of a season that usually generates changes in mood. Almost always at positive levels, although it may have some detractors . This is the season that ends  winter  and precedes  summer   . A beautiful climate balance to thank  our  pachamama   However, the beauty of the world we live in is the  diversity of meanings  that the  same event can have  . Such is the case of the  Ara Pyahú or Mbyá New Year , a date originally from the   Guaraní people with many  revealing messages to learn .

For them, the  arrival of spring  is a  time when   the earth is reborn, flowering and birds appear  . Also, it's when it  starts to rain and the trees resprout . So  tradition  is clearly linked to the movements that  nature  has to offer and the  gifts that it gives us  . In this way, the wheel turns to zero and  another time of opportunity and abundance begins. The holiday translates as a new day, in which  days with various activities are held. Among them, the community  blesses the seeds  for good harvests in two or three months.

In addition, talks are organized on the care of plantations, such as corn, and typical dishes of Guarani cuisine are prepared. In this sense,  women   play a fundamental role in the organization of tribes  . They do so by taking care of  planting, growing and feeding  their peers. However, the celebration also pursues  other spiritual meanings . This is because it comes to prepare its members for the  time of baptisms  of the  name Mbyá  to children.

What does the legend say?

For the Aboriginal people,  the world arose  in the middle of an evening  thanks to Ñamandú, the father  . It was when he rose from his feet, and turned his arms and hands into twigs that waved the wind. Then a wreath circled his head as  a hummingbird , considered  the bird first , fluttered around. The story dictates that Ñamandú spoke and that from his word  the gods and fathers of men were born . Their names were  Jakairá, Karai, Tupá and Ñamandú Py'a Guachú .

Later, he unfolded the earth and the celestial vault which he held with four blue pindó palms. They were located to the east, west, north, south and added another in the center. He immediately created the jungle and put in it the cicada. Also, he created the rivers and gave them the tadpole. It also gave rise to the underground universe and the tatu, which was the first to reach it. Finally, he dealt with the birth of the night on which the owl reigns.

Later,  he gave  each god  a certain faculty  over things.  Tupah   had   the water and the cool, Karai had the fire and the heat,   and Jakairah had the fog and the smoke  . While  Ñamandú Py'a Guachu received the courage . When the tasks were dictated, he got to work. Thus, with part of the mist he created the men and ordered Karai to put some fire in their hearts. On the other hand, he ordered Tupá to give them some freshness. Finally, he gave men his laws so that they could learn and follow them . Once his work was over, he was able to go and rest. And the rest is history .