Home Argentine Traditions The Cultural Olympiad has its party

Maggiolo is a small town in Santafesino where a very original festival is held: that of the Cultural Olympiad. We tell you what this is about. 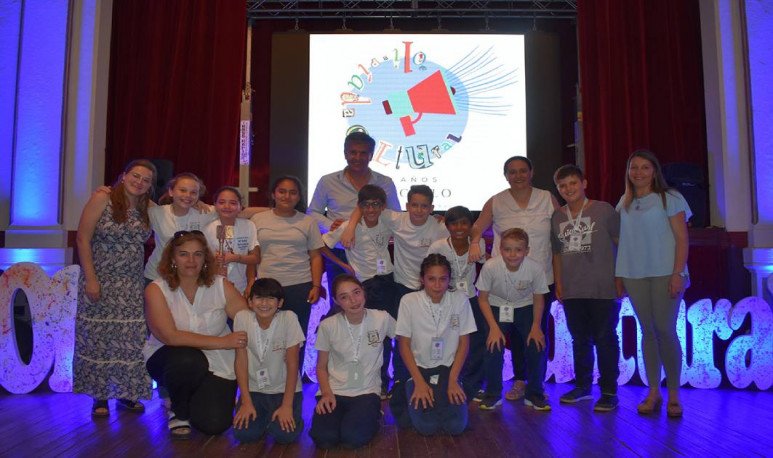 Far from the large population of Venado Tuerto, Firmat and Rufino, Maggiolo is a  town in the south of Santafesino  with just over 2000 inhabitants. Built on  lands  originally inhabited by Aborigines, it was an area of forts and forts in the late 1700s. What is the town today was the so-called Fortin Loreto. It is a small town, but it has a curious attraction: it is home to  no less than a National Festival . The one from the Cultural Olympiad.

In June, the village lives the National and Provincial Festival of the Cultural Olympiad,  in which students from all over the region participate.  This is another of many Argentine celebrations whose realization was postponed this year, at the mercy of the  international situation marked by the COVID-19 pandemic  .

This is essentially an educational meeting, attended by contingents from many schools.  Its aim is to transcend Maggiolo  as the National Capital of the Cultural Olympiad.

Participating students compete in the areas  of Social Sciences, Natural Sciences and Language  with content not included in the curricular programs.

This celebration, which has been held for twelve years, concentrates a large number of exhibitions and  works by great artists . It was declared a Provincial Festival by a decree of the Santafesino Government in 2001 and, in 2004, the  Ministry of Tourism of the Nation  elevated it to the status of a National Festival.

One of the main attractions of the festival is the coronation of the queen of the event. On the day of the election,  different tourist and cultural activities begin early, so throughout the day various exhibitions and craft exhibitions are held. As the goal is to offer a proposal for the whole family, inflatable castles are also installed for children's leisure.

Young applicants are interviewed by a jury whose members do not reside in Maggiolo. The task of this jury is to obtain information about the education,  tastes and activities of the female candidates . The criteria for selecting the finalists relate to the level of instruction, beauty, sympathy and commitment to their people presented by each applicant.

In the afternoon, the parade led  by the  queen and the outgoing princesses accompanied by the postulants to the throne and other national and provincial sovereigns who are invited to represent events and  localities from different latitudes in the country .

The gala takes place in the evening and consists of  an impressive show  of songs, dances, lights and fireworks that serve as the stage for the National Queen of the Cultural Olympiad.