In San Miguel, the Criollo Carnival has been celebrated for 6 years, which has nothing to envy to the country's traditional folk festivities. 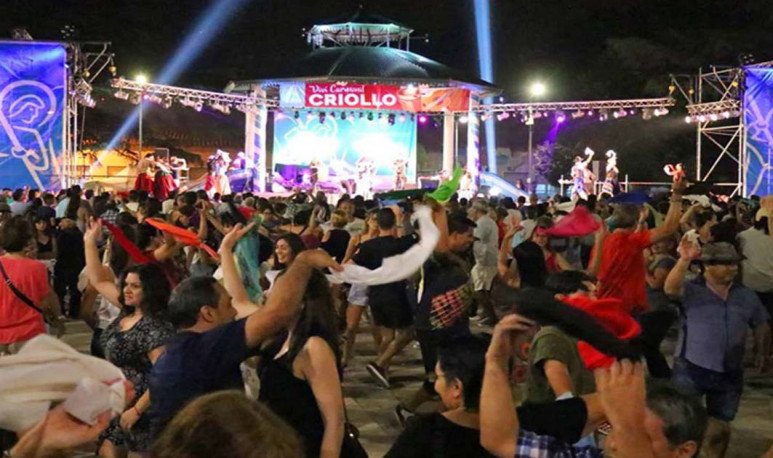 Maybe many didn't know it, but those who live in Buenos Aires do not need to move many kilometers to enjoy a great  folk festival . During this long weekend, in the town of  San Miguel , in the district of Buenos Aires, takes place the  Criollo Carnival . The sixth edition is from Friday 21 to Monday 24 February.

It all started in 2014, when the authorities of the  Municipality  of San Miguel began to notice that local folk bands were forming in different cultural centers in the city. Then, they had the idea of celebrating the Carnival in a more traditional way and linked to our customs. Thus, murgas, instruments and exuberant clothing changed to move to the Criollo Carnival.

The event is in  Plaza de las Carretas , a stage that has already been transformed into a large stained-glass window for local artists. It is called, even, the “ Plaza Prospero Molina del conurbano ”, in reference to the site where the  Cosquín folk festival takes place.

This year, the event will be honored to   Los Chalchaleros  , due to the recent death of Juan Carlos Saravia, one of its members, great representative of folklore in Argentina. The big closing will be in charge of Yamila Cafrune and Canto Cuatro.

In addition, during all the days there will be a Creole corner with cars, dancers and local musicians, regional food stands, folk ballets and musical performances. You can't miss it!

The Provincial Festival of Pineapple in Colonia Aurora