Home Argentine Traditions The clown and the payadors

The clown is a rather difficult art of dexterity to carry out successfully. You need to know how to rhyme and a lot of mental speed. 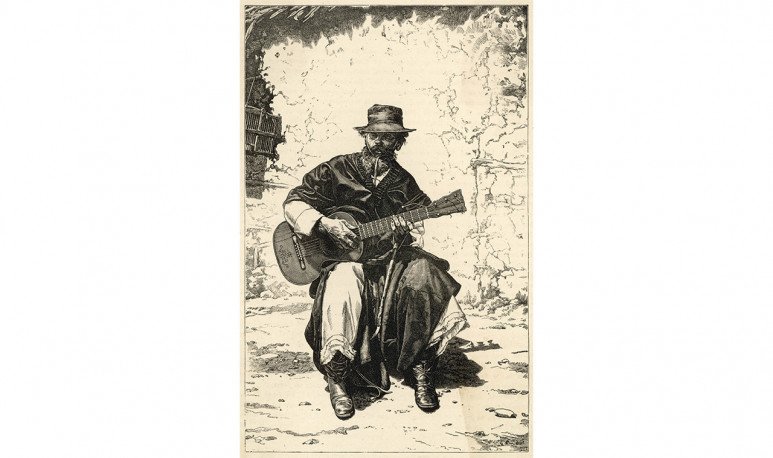 The clown is one of the most traditional traditions.

With permission via to enter

although I am not convidao,

but in my payment, an asao

is not from naides and is everyone's.

I used to sing my way

Many years ago, our  gauchos  found a way to measure each other and kill free time: to challenge  ingenuity . How?  Clowning . A  guitar , a theme and the free association of thought. They needed nothing else to train their tongue and head and, incidentally, entertain several countrymen.

Something more about this tradition

The most ingenious, the fastest answer, was the one who finally won the  counterpoint . As one more component of the spectrum than we can consider  Creole vividness , it did not matter so much the content of the said, but the form. The right words, the right pitch, speed and closed auction were what guaranteed absolute victory.

As we tell it, the clown was a mere competition in which we tried to try ingenuity and mental speed, hopefully also the style. But there was more than that. In the clown there was artistic expression. The singer had to skillfully handle music and poetry, because narrated singing is not for anyone. And if we add improvisation, what to say! The themes could vary from love, friendship, political actuality, some social denunciation, etc. And as an artistic discipline, the clown had its rules: usually, she accompanied her octosyllable verses with guitar.  The topic was presented in the first four verses and developed in the remaining six; the thought contained in the  stanza was to  conclude in the tenth verse.

A day to pay tribute to clown and payador

In Buenos Aires, dozens of payadors gather every July 23 at the monument to the payador, located in the town of Tres Arroyos, in the south of the Province, to celebrate their day. The date chosen is in honor of a historical clown between eastern Juan Nava and Argentinean Gabino Ezeiza in the Uruguayan town of Paysandú. Gabino was known as the 'Negro' Ezeiza. He was born in the San Telmo neighborhood on February 3, 1858, and lived in Floresta until the day of his death on October 12, 1916. The singer and composer was one of the precursors of this narrated genre. He began to give body to the clown and then professionalize it, introduce the counterpoint (the clown in duo or duel sung), and payar por milonga. Thus he gained popularity, as well as being the author of more than five hundred compositions.

For the new generations, the battle of roosters

What is a rooster battle? It is a competition based on the ability to improvise in a one-on-one verbal match between two rappers whose aim is, by rhymes, humiliate and stay above the rival. Physical contact is only slightly allowed (small touches) and assaults are punishable by automatic disqualification

Traditions are evolving and some serve as inspiration to new forms of expression, which although they are not part of national folklore (yet), perhaps in a few years they will become so. We can't help but compare the clown to the rooster battle. More than compare, see the similarity and how they share basic foundations: art, music, improvisation, competition, ingenuity,  poetry .

The clown is part of our national  folklore  , it's art, it's poetry, it's rhyme, it's music. It's tradition. It is, in some way, the way in which we develop our daily discussions (without rhyme, but with the same ingenuity). In which we also resort to ironies and speedy responses, with the aim — of course — to leave our opponent without resources.