Home Argentine Traditions The clay oven, much more than an element for cooking

In Mendoza, we worship the clay oven. Any recipe acquires its mystique if cooked on it. Where did he come up? How is it done? 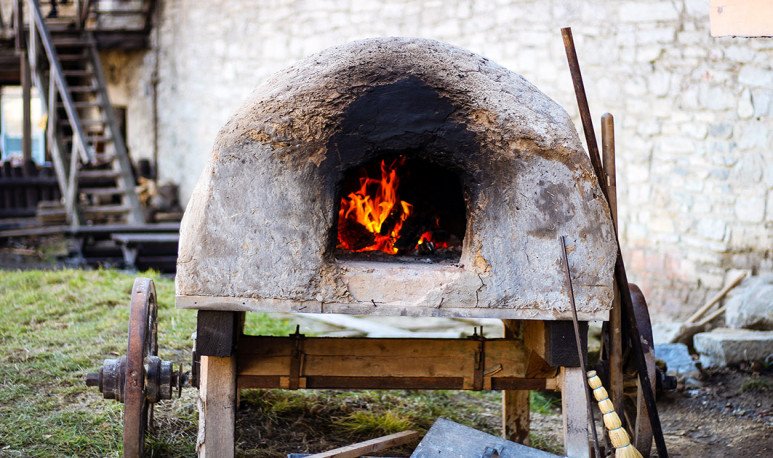 The history of the clay furnace goes back  4 thousand years and finds its origin in various civilizations.  Nor did we find a pattern in terms of its geographical origins. Vestiges of this type of kitchen elements have been found in the antipodes of our country, but  in Mendoza, because of our way of living, conservative, family and (economically) rooted in farms, the clay oven has become a real  tradition .  We all have an uncle or grandfather who has a clay oven in his house. Adults treasure on the shelves of their memories the most nostalgic anecdotes of childhood, many around some lunch in the old family clay oven, in some remote farm that today has become a city.

As has been explained, the international origins of the clay furnace are referred to 4 thousand years back, in civilizations such as the Egyptians. However, a little more here in time, there, in the seventeenth or eighteenth centuries,  with the encounter of our  indigenous culture  with the Spaniards, the clay furnace was installed as a fundamental tool of our society. Argentinian gastronomic customs or also called the rioplatenses of the time incorporate at first these ovens , either by the hand of indigenous culture or the immigrant root that in those years was populating the different regions.

Building them with mud and calling them in that way is a national custom.  During the development of the   Viceroyalty of the Rio de La Plata , mud is named as the main material in its construction, which is nothing more than the   adobe creole . Its composition presents a dosage of materials that are perfectly found in any type of terrain, clay black earth mixed with some sand, vizcachera straw or horse guano, sometimes some chip or charcoal and water.

From mud to cement

Times have changed and, in the same way that has happened with the  construction of houses  and buildings,  clay kilns have abandoned adobe to be made of cement.  More resistant, cement kilns have been erected as the new options to accompany the classic churrasquera in the courtyard of any house.

An amalgam of traditions

The clay oven, as explained, is a Mendoza tradition by itself. But it is also because it is often used to cook typical meals of our region.   Pies  get a special taste when cooked under the refractory effects of the interior of this type of oven. But in addition, you can cook bread,  scraped pancakes,  sucker, meat, and practically any food.

To heat the oven

It is important to take into account the basic rules for cooking in a clay oven. The first thing to do is “warm up” the oven. That is,  set fire inside, with a lot of flame.For that it is recommended to do it with tablets . Here they get poplar. Combustion with this type of  wood  is short-lived, but of great glow. We must constantly feed the fire with more tablets, without closing the furnace door since, despite having a hole in the upper part of the vault, it would run out of oxygen and the fire would go out.  We must keep the flames burning for an hour and a half or two. Then remove the heat, embers and burning woods. Empty it. We close the door and leave to regulate the temperature for 20 minutes.

To find out if the oven is ready for us to put food, it is recommended to throw a paper bun daily inside. This should be set on fire just after 5 seconds.

Is there a world fishing world? Yeah, and he's in Goya.

In Santa Fe, Friend's Day will be a week!

A party and the real risotto