The chacarera belongs to the group of picaresque dances, with an agile rhythm and very cheerful and festive character. 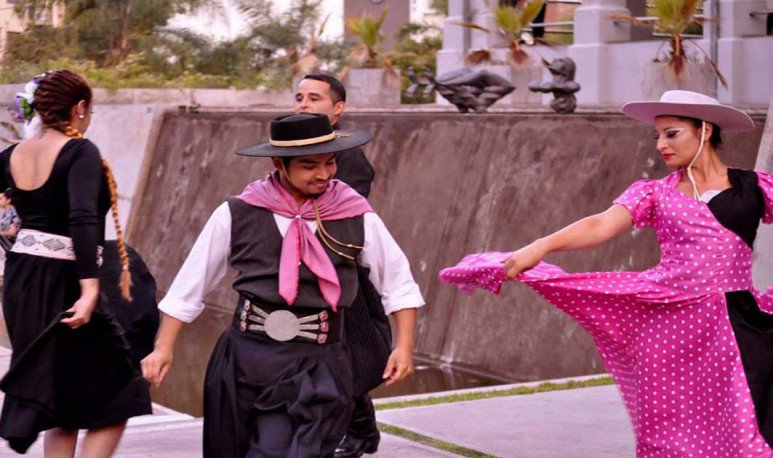 The chacarera is a lively dance that, like most Argentine  folk dances, is danced as  a couple. This is loose — since the dancers don't touch each other — and independent. That is, they do their own evolutions, without combining them with those of another couple.

It belongs to the group of picaresque dances, with an agile rhythm and very cheerful and festive character. It enjoyed the acceptance of the rural environment and also the cultured halls of the interior until the end of the last century, covering the whole country except the coast and  Patagonia . It is one of the few in force, that is to say that you still dance. Especially in  Santiago del Estero  and in  Tucumán  ,  Jump ,  Jujuy ,  Catamarca ,  La Rioja and  Cordoba . Its diffusion covers, therefore, the northwest areas, part of the Chaqueño and almost the entire central area.

There are few documents that tell us about the history of the chacarera. These mention that it would be the oldest and has been danced in Tucumán since 1850.

Musically, the chacarera consists of four phases in which the couplas are sung and an interlude that is only instrumental, interspersed after the first and second couplet and also serves as an introduction. This interlude is a choreographic feature, since it can last six or eight bars and, as corresponds to the whole return figure, the duration of this varies in the same way.

The musical accompaniment that is usually used is guitar, violin, accordion and, of course, the bass drum, which is shone with its typical repiques. In the choreography we introduce a special figure that is forward and recoil, consisting of four bars. As in almost all our dances, it consists of two parts. The second is danced identically to the first, but reversing, as is characteristic, the starting position.

Women's clothing : Medium heel leather shoes. Tsaraza dress in two pieces (skirt with a long flight and adorned with wide applied ruffles). Buttoned gown forward with ruffle on as overskirt and others on the edge of the sleeves and around the neck. Hairstyle in one or two loose braids.

Men's clothing : Lace-up boots with or without spurs. Bombacha and typical jacket, cut straight edges with “buckwheat” ornaments or honeycomb called “encirrujadas”. Shirt (any, white or colored), girdle, puller with drawstring or wide ribbon with pockets. Silk scarf at the neck with the tips to the middle back. Low top hat, with barbijo, grey, black or brown. Knife to the waist.

You can dance from two  couples  “in fourth” or shared, in which case the dancers are located at the vertices of the imaginary painting, having each gentleman in front of their companion and to the left the opposite lady. The figures that are shared are the whole round and half round.