The Correntine city of Paso de los Libres is recognized for many things. But have you ever heard about their traditional carnival? 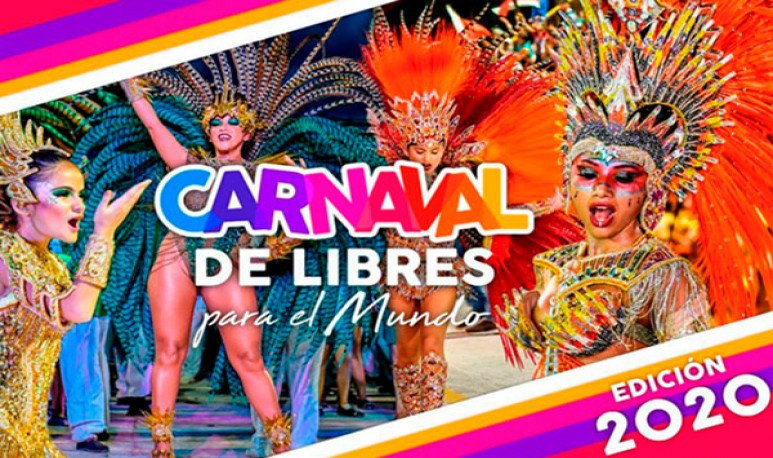 Come on, I came to read us a little, who says don't  move your hip  with the story. I don't know if you know, but we'll tell you anyway. The province of  Corrientes  has comparsas spread throughout its territory. And  Paso de los Libres  won years ago won the title of being the  “Cradle of the Argentine Carnival”  . It's not something you live once a year. On the contrary, it is present in its people, in the corners of the city and has its own spaces.  It has a sambadrome, a museum, samba schools and even fanatized competitions between family and friends .

For locals it involves the  most important moment  of the calendar. From there, there are gossip, quarrels and stories that are fiercely replicated and contribute to social life. Comparsas are a determining factor for the phenomenon to happen, since they  represent sides . As if it were football teams, but with  more brightness and rhythm . In this regard, those involved are  Zum Zum , which is represented by an Eagle and are the greens. Then, we have  Carumbé , which means “turtle” in Guarani and is the red opponent. And, as if it were not enough, there is a younger  third way  , which is called  Tradition  . More than a name, a whole message.

Ringing drums that are heard everywhere

The free carnival contains many  roots of the Rio de Janeiro carnival . This is also due to the border border that holds them together as members of a tripartite group with Paraguay. Returning to the first thing, his style resembles in issues such as competitions and strict rules for participation. In fact, Brazilian judges come especially to the city to qualify and give their verdict. Among the  strict rules  that govern,  the comparsistas cannot drink water and the sounds of percussion have to be accurate  . In addition, the  suits  are  rigorously evaluated  from their manufacture.

Each edition, the comparsas  choose a theme , called  “entanglement” , which they will  represent through their carriages, designs, samba and melodies . They also have their respective songs and lyrics, which are written in Portuguese and then translated into Spanish.Subsequently, the groups have to play music to what they mean and devise clothes and trucks. However,  not everyone  can be part of it. For example, the  requirements  for a girl to be queen have to do with her career and how she can afford her outfit. Even, there were cases of entire families who came together financially to achieve this.

And the story continues

Its  beginnings  date back to the  middle of the nineteenth century.  At that time, it was celebrated on Calle Colón, currently the main one in the city.  Records  of a  commission organizing  festivities were found in  1879  . This was composed of an independent group of neighbors economically supported by the municipal authorities of the time. Over time, it became one of the  oldest carnival traditions in the country . With festivities that mixed Gurarani, Spanish and African cultural aspects. Later, in the next half of the twentieth century, Afro-Brazilian customs were incorporated that remain in force until today.

The Paso de los Libres  Carnival set a precedent  with its shows in different parts of the Argentine Republic. Even, many provinces took their ideas and trajectory as a way of inspiration to create a celebration of their own. One of them is  Entre Ríos , with locations that offer great shows that also became part of the locals. Among them are  Gualeguaychú, Colón, Concepción del Uruguay, Chajarí and Viale , to say some. However, when we go back to the origins,  we already know where to look .