During the first month of the year, the town entrerriana becomes the stage of the National Festival of Jineteada and Folklore. 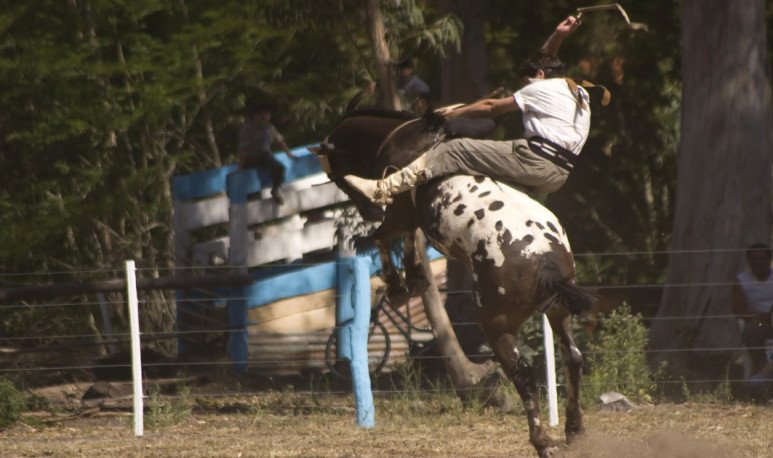 Tradition, Creole  dance  , music and national dance are mixed over five days in January. In turn, they are accompanied by handcrafted samples and regional  meals  that delight attendees with authentic litorale  flavors  children. The city of Diamante welcomes important folk artists, riders and tropillas from different provinces of the country,  everyone wants to participate in the Jineteada and Folklore Festival, which takes place in Campo Martín Fierro, the largest stage of Entre Rios . It is a site built especially for the realization of the event that summons thousands and thousands of people.

To get on to the festivities

The  first edition was held in 1972  and received praise from the local press and from different parts of the province of Entre Ríos. At that time, the meetings had a duration of two nights and brought together about 18,000 people.  The most immediate precedent is the first rider and folklore festivals organized in one of the most gauchos districts of the Department . We are talking about Costa Grande, which comprises the municipal ejido of the city and the southern part of Villa Libertador San Martín. But because of problems that became insurmountable for its continuity, the pioneers made a drastic decision. There, they proposed to the then intendente Diamantino that the event should move to its territory.

The idea had strong adherence and immediately an organizing committee composed of prominent neighbors was formed. They also had the support of the local Miguel Codaglio, a renowned folklorist who served in the Provincial Directorate of Culture. Thanks to its grain of sand, it was possible to form a billboard of first-line artists. Now it was only necessary to find a place for him, so we proceeded to study some possible ones. Finally, it was decided to take advantage of a municipal property and allocate it for exclusive use of the festival: Campo Martín Fierro.

The Jineteada and Folklore Festival achieved with the passage of time that the specialized critics gave it a great spread.  This was due to the organization, quality and brilliance of the presentations . Even, they compared it with the important competitions of Jesus Maria and Cosquín. Which meant that one year later it was extended to three consecutive days. From there, it began to transform into a social and cultural event with its own identity. The rider show, which reached a high level of prestige, is considered by many to be  the best in the country .

Much more than horses

The Tourism Directorate of Entre Ríos  decided to grant this celebration the character of Provincial Festival in 1985 . A year later, thanks to the evolution of the event, he received the recognition of the  National Festival of Jineteada and Folklore . And more than deserved, since the event does not stand out only for the skills on horseback. On the contrary, it exhibits traditional foods, such as empanadas, roast meat and fried cakes; gaucha garments and handicrafts in various materials. In addition, it offers a spectacular parade of gauchas and tropillas groups that run through the streets of the city.

While another of its great attractions is the crowded peñas. Among them, the one that stands out is the “de los Ches”, which takes place in the resort Valle de Ensenada. At the same time, the election of the queen of the festival takes place among dozens of young representatives of Creole groups from all over the country, and so much more, the Jineteada and Folklore Festival represents the heart of the people  entrerriano .