Home Argentine Traditions The best of all

Although empanada does not originate in Argentina, it is undoubtedly a typical Creole dish. 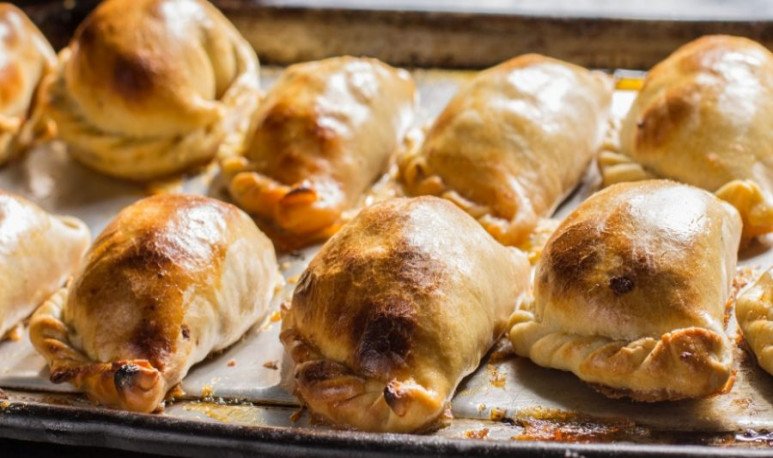 “You can't make everyone happy: you're not a   pie  ,” I read somewhere. Beyond the comic intention of the phrase, I thought he hid a great truth: I doubt there is a person on earth who does not like empanadas. Well, at least I'm sure there's no one in this country.

Although it does not originate in  Argentina  — it is believed that his first appearances were in the Arab world — it is undoubtedly a typical Creole dish.  Each province has its own version  and — of course — everyone claims that theirs is the best.

The variety of Argentine empanadas is very large: depending on the region, the dough, filling and shape of the repulgue change; they can be baked or fried, salted or sweet. Tucumanas,  salteñas , catamarqueñas, cordobese, santiagueñas: diversification is infinite and discussions about which is the richest, too.

No matter if they all have their own, the Argentine is interested in defending his own version, proclaiming it  “the best of all.”  Win. Here any subject unleashes a fight to the death, and so we are with everything: fundamentalists, passionate and with the shirt on until the last minute, even if it is only a  pie .

Tradition that reinvents and does not die

Empanada is one of our  typical dishes, that's no doubt. Even a child knows, it's up to take a dozen for the school event when they celebrate national dates, or for the dish fair that helps raise funds. The kids who travel through the exit sell them at the recreos and collect money to help afford the adventure away from home and with their friends.

What's so special about an empanada?

Here the list is very subjective, but anyway, let's list some of the characteristics that put it on the podium of the  top ten  of Creole food. To begin with, is there anything more practical to eat than a pie? It is the dream of the kid, to eat with his hand, no need for cutlery (God free us to use knife and fork for empanada!).

Before there was a base filling that could have its variations, depending on the province, but they were meat, always. Now, ordering a delivery of empanadas and opening the box seems to find a treasure full of “joyitas”, of all flavors and shapes, increasingly ingenious cooks. From ham and cheese, chicken, humita, vegetable, rockefort, tuna, to bacon and plums, mushrooms and provolone or empty and chimichurri. Not to believe, but the creativity put at the service of the empanada has no limits.

Baking or frying - that's the question

And the list goes on, because you can also eat classic baked,  baked clay  or my favorite: fried, which is like going up ten levels. Because when the frying is correct, that is, with good oil or grease quality and at an ideal temperature, the result seems to be lowered from the sky itself. They are softer than baked, by saying that in some places they call them  souffle , alluding to the dish of French origin airy, fluffy and light.

To distinguish flavors, there are special repulgues and closures in each variety or the more “technological” seal their edges with letters indicating the filling.

Empanadas are the ideal menu to improvise meeting with friends and family. Or when the visits stayed longer on account and the time to eat is approaching, but no one wants to cook and much less to wash dishes afterwards. The most organized and modern have some dozen frozen and raw, ready to put in the oven a few minutes and  voila !

If, with everything we said, you didn't start cooking or looking for the number of a good  delivery , almost, you're not Argentine.