Go a portion of crispy chinchus for table 4! The unalaltable churas. 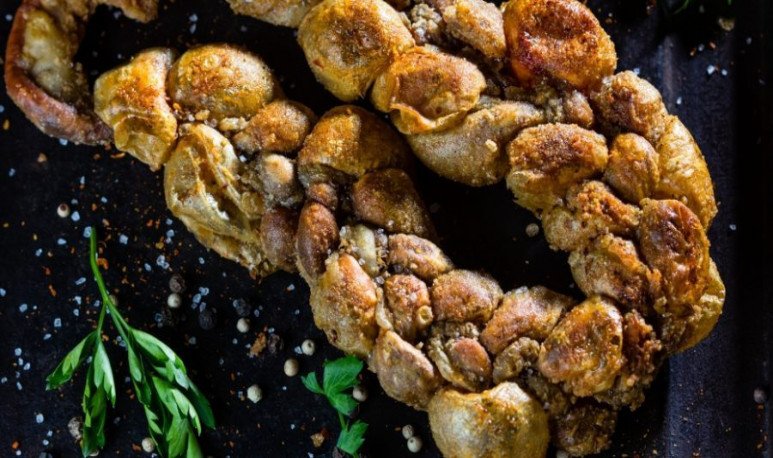 In one of the founding texts of Argentine  literature  , I am talking about “El matadero” by Esteban Echeverría (he who has not read it, interrupts his life at this moment and corrects his mistake right now, he or she will correct his mistake right now, and aacute; on the Internet), the poor who swim through the slaughterhouse are wiped through the meat cattle because they had no value, they were discarding, as we would consider today, say, the hooves or the ears of the cow.

Everything is a cultural (and tradition) issue

How did we go from that to paying $250 a kilo of gizzards? How can we like filthy glands so much? Can anyone explain to me the reason why not only does it not disgust us to eat the intestine or kidneys (and their contents, of course) of an animal, but it is also a real reason for a party, we get together with friends and make a real bacchanal around the viscera of the poor bug?

Once, I watched on TV a reality show in which two couples roamed a city and competed on various clothes to win a prize. For the couple that Buenos Aires had touched, one of these garments consisted of eating a  complete barbecue  with a gaucho who was explaining, in an Englishman somewhat sui generis, what they were about to eat. Perhaps it was too much information, but the wife of the couple could not pass from the kidney (it was the third step: he only managed to chew sausage and black pudding). They lost the prize because of our love for ingesting organs. Better. She misses it. Also, if we look like the churas now, if they like the gringos we're going to have to leave the stinaldo at the butcher's shop.

A selection of churas

Chinchulines : They are part of the first stretch of the small intestine of the animal. They should be thoroughly washed and cut into strips about 20 centimeters, then sprinkled with coarse salt and squeezed juice from some lemons. They should be placed in the form of a ring on the grill to serve well browned and hot.

Fat gut : This achura is the end part of the large intestine, it should be defatted by turning it over and scraping with a knife. Then it should be macerated about 20 minutes after sprinkling them with lemon juice. It is placed in pieces on the  grill  and should be served when they are well tender.

Gizzards : This trifle needs to be removed from the telite that covers it before taking it on the grill without any seasoning. Once they are browned from both sides they should be cut into slices and put back on the grill for internal cooking. They should be served hot and then if, they are accompanied with salt to taste and some dressing.

Kidneys : They should be macerated with water and  wine  vinegar for a couple of hours, then cut into slices once the skin or oily they may have been removed. They should be seasoned, and also drain them before placing them on the grill. As they are cooked quickly you have to turn them 'turn and turn' to prevent them from drying out. They are served well hot and accompanied by some preparation such as chimichurri or mustard sauce.

Udder : It is recommended that it be from a young animal to prevent it from being able to leave hard. It is also cut into small steaks and, without seasoning, placed on top of the grill. It should not be browned too much to prevent it from drying, it should be accompanied with Provencal sauce, mustard or other preparation.

Criadillas : It is another delicacies that you can enjoy the Argentine asado. Today it is difficult to find, as it used to be the star of the yerras, when the animal was marked although today it is not done so as not to ruin the leather. At that time the young animal used to castrate and the criadillas were part of the final feast. Nowadays it is a difficult dish to get despite being a delicacy to enjoy.

Go a portion of crispy chinchus for table 4!

How to roast gizzards?