Home Argentine Traditions It marks 50 years of Cordobazo, the great mobilization that struck the regime of Onganía

It marks 50 years of Cordobazo, the great mobilization that struck the regime of Onganía

Do you know what happened in Cordobazo? In May 1969, popular discontent began to manifest with strikes and marches in the most important cities of the country. 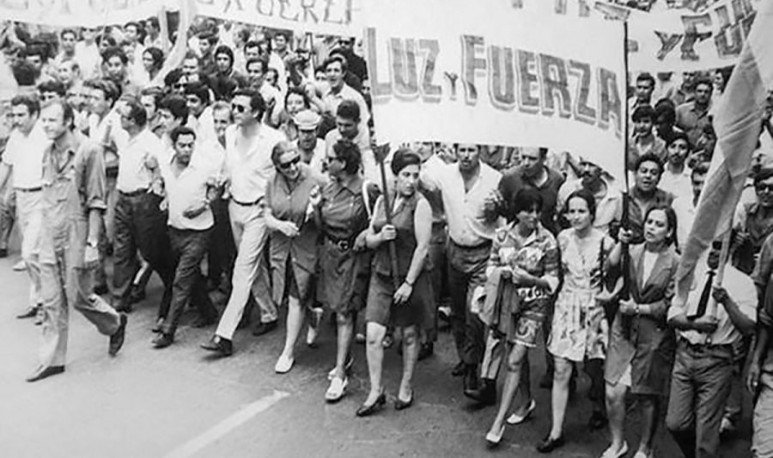 In May 1969, popular discontent began to manifest with  strikes  and marches in the most important cities of the country. The military regime had been established three years ago, after the overthrow of Arturo  Illia .

Buenos Aires,  Rosario ,  Tucuman and  Corrientes  were the scenarios of workers' and student mobilizations. These were succeeded against a government which, in addition to violating public liberties, imposed a policy of freeze wages.

In response to the request of the business chambers, which complained of “high labor costs,” the Minister of Economy Adalbert Krieger Vasena decides to repeal the Law on "English Saturday ”. The measure provided that every hour worked after 13 o'clock on that day should be paid double.

Cordoba  for those years was the center of the automotive and metalworking industry. There, the rejection of the measure was widespread among the 150,000 unionized workers.

Since 1967, the CGT was divided into two. Azopardo, led by metallurgical Augusto Vandor, of a dialogue tendency, and that of the Argentines, led by the graphic Raimundo Ongaro, openly opposed to the military government. However, in Córdoba, an agreement was reached between the two plants against the need to oppose the elimination of the “English Saturday”.

In this way, Agustín Tosco -leader of Luz y Fuerza enrolled in the classist left and reference of the Argentine CGT - agreed with Elpidio Torres (Smata) and Atilio López (UTA) -both of Peronist extraction - the realization of a struggle plan.

On Friday 16 May, the workers staged a 24-hour stoppage with high compliance. The response of de facto governor Carlos Caballero was to order an increase for the police.

In a plenary, held on Wednesday 21, the union leaders redoubled the bet. They called for a 37-hour active strike that would start at 11 on Thursday 29.

That morning, the Cordovan capital dawned besieged by the police. This was placed on the bridges located on the Suquia River with the intention of preventing the mobilization from reaching the administrative and political heart of the province.

The first clashes occurred around the bridges over the canada del Suquía. Around 13, the police could not contain the mobilized. Despite tear gas and FAL bursts, they exceeded blockades.

The police were overflowed, without ammunition. He retreated in the middle of a city that was literally left in the hands of a workers' mobilization that began to exercise spontaneous popular control with barricades and pickets on the main streets.

While the Army avoided night combat, it resumed control of Córdoba in the early morning hours of the 30th. While the last groups of protesters were dispersing.

Tosco was arrested at the headquarters of Luz y Fuerza. He was submitted to a War Council, which sentenced him to eight years in prison. Same to Torres, Lopez and other leaders. However, after 17 months in prison, all the arrested leaders were released and returned to Córdoba to resume trade union activity. Tosco would return to jail two years later as a result of “El Vivorazo”, another massive workers' protest that moved the province.

It is estimated that “El Cordobazo” left more than 30 dead and several hundred injured. In political terms, the immediate consequence meant Ongania's loss of legitimacy. This was manifested with the resignation of Minister Krieger Vasena on June 4.

One year after the “Cordobazo”, the Montoneros organization kidnapped and executed exdictator Pedro Eugenio Aramburu. This, in 1956, had ordered the firings of generals Juan José Valle and Raúl Tanco in José León Suárez.

This event triggered the fall of  Ongania in June 1970. The context was a coup led by the then chief of the army, Alejandro Agustín Lanusse, who appointed General Roberto Marcelo Levingston as president of the Nation.

A government of ours

I latte to a very rich coffee