A classic of Mendoza bakeries is the scraped pancake. To accompany mate, tea, coffee or milk. The pancake never fails. 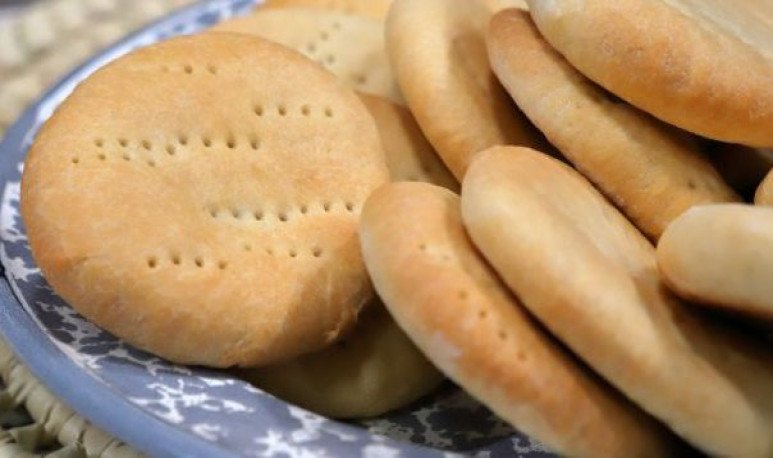 Early in the morning, midday snack or mid-afternoon snack. At  breakfast , at lunch, at nap, or at dinner. Anyone is a good time to eat a scraped pancake.The mendocino knows the  medialuna , the toast, the roscas, the  churros and the biscuits, but always prefers the scraped pancake. A  portion of pure, but tasty and filling fat .

Pancakes, in any of their forms, have basic ingredients: fat, water, salt and yeast. But the scraped pancake is special because it does not carry yeast and that is why it is compact and without air or pores. A real mass medallion. And, despite their ease of preparation, we prefer them made by the master bakers. We all have our  favourites . Those in the neighborhood  store  , those in the corner kiosk, the classic bakery-confectionery or even those in the supermarkets.  They all have their charm.

They are lures for the best memories of times past. It is that its taste and texture give us vivid memories of recreations at school, the mattes in the club or the trip of graduates. They are what we miss most when we travel. Because in Chile there are the “ayuyas”, which are similar, but they are not the same. Something similar happens in other provinces.  San Juan  has the “Semites”, but they also do not resemble scraped pancakes. Not to mention when we travel abroad, where the closest thing we find is burger bread, and only because they are dough and round shape.

Where do they come from?

History marks that they emerged from what was left over from the mass of  empanadas . And the term “ scraping ” comes from the way of cooking them. Some say they were made directly on the embers and then they were hard and burned on the outside. That's why it was necessary to scrape them and remove the bitter. Others say that before they were prepared taller, more “chubby”, and that is why they should be left longer in the oven to cook inside, over-cooking and burning them outside. Then he also had to scrape them off to remove the bitter from the outside.

Surely on a visit to   Mendoza  you want Á s taste the exquisite   wines  , although some are a bit expensive. Or you'll want to taste a real flame  goat  , but you'll have to go to Lavalle or  Malargüe . Therefore, I recommend you to get to something more accessible like the  scraped pancake . You will find it in any warehouse and at a very affordable price.