The whole Santafesina beer tradition meets with shows of all kinds at the feast of St. Patrick. We tell you what's next. 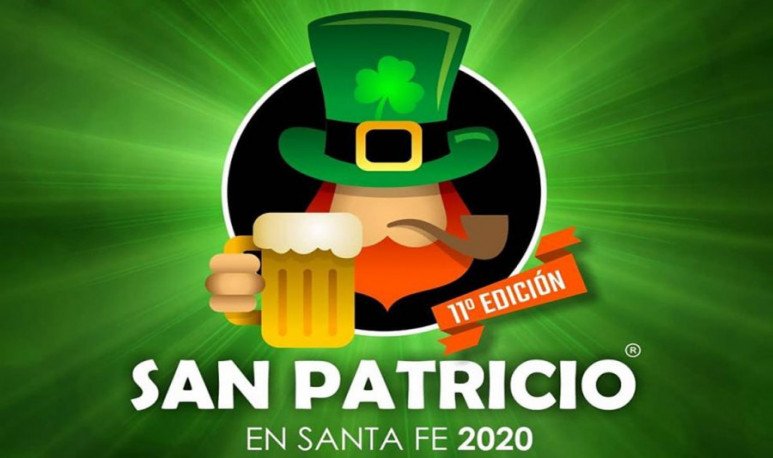 Belgrano Station is an old train terminal that, several years ago, was recovered as a space for events. On Friday 13 and Saturday 14 March, it will again be the place chosen for the Feast of St. Patrick. Santa Fe is again dyed green with a  new edition of this traditional Irish holiday.  It will be the eleventh anniversary of this celebration in Santa Fe. As in every occasion, from the organization they promise many surprises.

In addition to the best local and national  beers  , throughout the weekend you can enjoy typical meals, the presentation of Asturian bands with their bagpipes and traditional costumes, and local and national rock and pop groups.

The fact that the feast of St. Patrick is held in a city like Santa Fe gives it a  special ingredient, related to the weather . In Ireland, the birthplace of this celebration, and in the European capitals, as it is in the northern hemisphere, this brewing meeting is marked by cold . In those lands, winter is just about to end.  The santafesino heat marries perfectly with a proposal of a brewer meeting. Approximately 20 thousand people are expected at the event, according to the logic of previous editions, among which a similar number is averaged.

Among the artists who will bring their music will be  Richard Coleman , legend of our national rock (prolific composer and former Cerati guitarist). But this space always gives its place to local musicians. On this occasion, bands that perform tribute will participate, a very fashionable area in the city. They will play The Golden Days ( rockabilly ), Sonen Raiz (reggae) and The Socks (Rolling Stones).

Origin of the party

On 17 March, it is recalled, in  Ireland , the death of Patrick, preacher of 400 who became the  patron saint of those lands . Over time, it became a very popular celebration, in which beer runs to meansave. Irish culture spread throughout the world, mainly, with the passage of the twentieth century.

He hit the custom in Argentina a lot . Apparently, we Irish and Argentines have a certain rivalry with England (Catholics and Protestants and political issues). Santa Fe, being a brewing land, became an unavoidable destination of St. Patrick