We continue to tell you how the unforgettable battle under San Martin is celebrated in San Lorenzo. 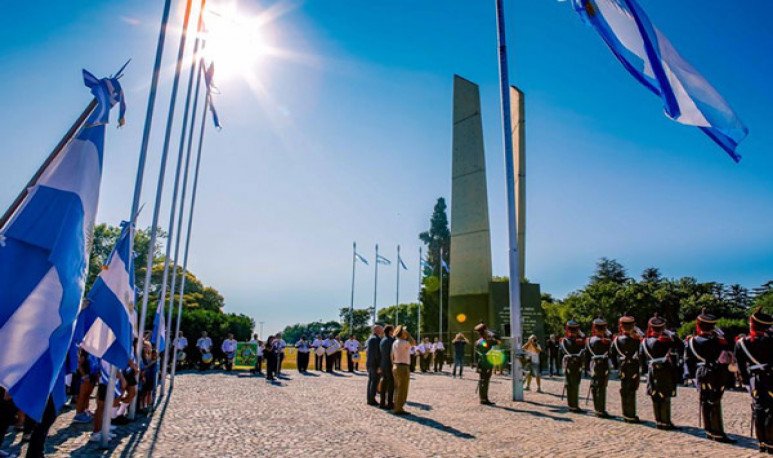 In the first part of this note we tell you  the main peculiarity that has the memory of the Battle of San Lorenzo  in  Santa Fe . Precisely, what happens is that those who inhabit these payments live the acts of 3 February with a unique traditional fervor. The feeling we have is that,  at the country level, this episode of our history is not valued  as we think it should be.

This celebration purely organized by the local authorities, prides the Santafesinos and eagerly await it every year. His enthusiasm is justified, since the triumph of this  battle , the  only one Liberator San Martín fought in Argentina , at a time when he doubted the need for the Viceroynate no longer to depend on the Spanish Crown - at that time in the hands of France - was the prop to cementing the independence desire that would be consolidated years later.

Another reason for pride is that there is no Argentine who does not know the March of San Lorenzo and who, after having learned and sung it  at the School , continues to enjoy it every time he listens to it, he remembers his lyrics (at least much of she), is encouraged to sing it anywhere and drops melancholy tears if, lucky he, has traveled to  other places in the world where to his surprise, he listens to his chords accompanying important events  (e.g. the change of guard at Buckingham Palace, sports collations, among others)

Saint Martin and his work in our veins

Schoolchildren in this province have in their 5th grade primary school curriculum everything concerning the geography and history of Santa Fe. Of course the Battle of San Lorenzo has for the  teacher , the advantage of immediately capturing the attention of the student, if he dares to narrate it as who narrates a film of super heroes, making the bold General's strategy remains in memory forever. In addition , from all corners of Santa Fe, school starts to learn about these historical places and reinforce the theoretical contents worked  in the classroom. So, stand at Campo de la Gloria, meet the Convent of San Carlos and stop to look and admire the famous pine in whose shadow San Martín rested and from which he dictated the war part, animated by victory, although sore by the fall of his horse on one of his legs when he was killed by the enemy, it's an unforgettable experience. This is the moment when the figure of Sergeant Juan Bautista Cabral (nicknamed Heroic Soldier) acquires a dimension of legend, being a real character in our history.

There is no circumstance that  causes the Santafesinos, especially the inhabitants of Rosario and San Lorenzo, to abandon the tradition of striving and involving all living forces to celebrate such a celebration . The rest of the province observes and, when he can come to participate, because in that battle, in that convent, in that pine tree and in  those ravines , the feeling of Patria lives and beating.