Are you attracted to this popular “saint”? To meet San La Muerte, you have to go where everyone goes... Corrientes! Would you like to visit him? 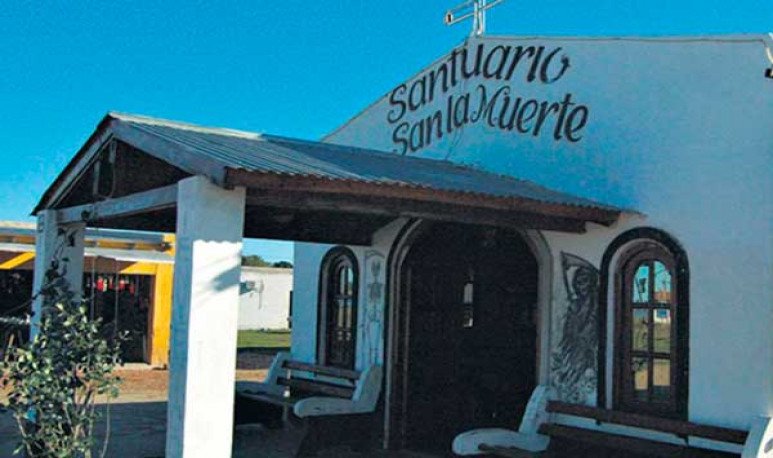 You may be a believer, an atheist, an agnostic or whatever you can think of, but everyone at some point is curious about the  enigmatic San La Muerte . Is it good? Is it bad? Do we have to pray to him? Where can I find him? The unknowns are many, a mixture of ignorance and, let's face it, a little fear.

Well, let's start by clarifying something. The best way to meet  San La Muerte  is face to face. You don't need to travel to Mexico or leave the country. Get in the car or buy a direct ticket to Corrientes.

The land of taragui is a special place with touches of payé and  esotericism . In the province there is a place for all the saints, the canonized and the popular. San La Muerte not only could not miss, but he has found among many of the people in Corrientes his most  faithful  devotees.

In the Correntino ranking of pagan saints, there are those who claim that San La Muerte is the most powerful of all.  More than ten thousand followers visit him every August 20 to worship him, in the sanctuary located on the side of Route 12. In the vicinity of the Correntine town of  Empedrado .

In a makeshift temple under a tinting, pilgrims come to pray to San Muerte. To give him whiskey offerings and gold chains, and also to ask for health, work and protection. Not only are they runners, they come from all over the place. Argentines, Peruvians, Mexicans and even Americans.

The good, the bad and the ugly

Let's start by separating the many. Usually two supernatural beings are identified with the same entity.  On the one hand, there is the Lord of Death, whose day of worship is August 15, and on the other, Saint Death, commemorated from 20 to 23 of the same month.

“There are different iconographies, the skeleton standing, with the scythe, is the Lord of Death, it is for the curse. And the one who sits is Jesus Christ, the Lord of the Good Death or Saint Death,” explained Humberto Miceli. He holds a degree in Anthropology and holder of the Office of Anthropological Research (GIA) of the province of Corrientes. Miceli also explained that, in the first case, he is lit black and red candles. While, in the second, white and red candles.

What has happened is that over time, that differentiation of entities has disappeared and mixed into one. At least, in the idea of the “ordinary people”, he continues to see the Lord of the scythe as a  holy vigilante .