Praying to San Expedito is a great Catholic tradition in Santa Fe. Paradoxically, their feast is not recognized by the Church. 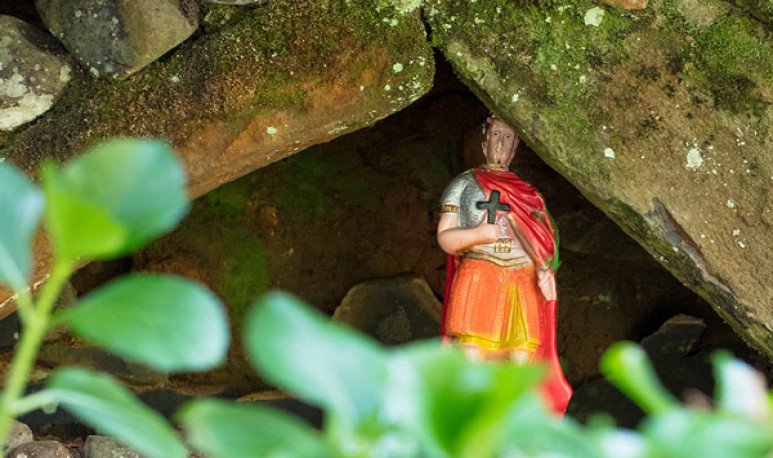 Of all the Saints who venerate Catholics in America and Europe,  Saint Expedito is one of the most summoning and venerated figures.   Much is not known about its history and the data that is known generate some debates around its veracity. Even, causing some to even doubt their existence. It is that even the Church's own institution does not end up incorporating him as an official saint. Still, this Catholic tradition is deeply rooted and  millions of people place their faith in it and rely on its powers.

Devotion in Santa Fe began to grow when, about two decades ago, an image of the Saint was brought from Brazil and enthroned in the Sacred Heart of Jesus Parish. His presence is relatively young, for being such a great Catholic tradition in this city. I say: it is not compared to the centuries-old devotions to Guadalupana or the Virgen de los Milagros.

From that moment began to grow the devotion of the Santafesinos, who every day April 19 come to venerate the saint to the parish located on January 4, 2452.

Every April 19, the Annual Feast of San Expedito is celebrated,  which calls thousands of Faithful Saints and the region to participate in the festival. From early on, the queues begin to be able to thank and also ask this Roman soldier martyred in 303, who became the Saint of the Justful and Urgent Causes.

The congregation in our city takes place in the parish Sacred Heart of Jesus, located on January 4, 2452.

The Catholic tradition of San Expedito does not appear in the liturgy. His canonization act has not been reviewed by the Catholic Church, and its feast of April 19 is not widely celebrated. but... why?

Story of a powerful but... Real?

San Expedito is not listed in any of the editions of the Roman Martyrology. This book promulgated in 2001 has the characteristic of being exhaustive. It is not limited to including the saints and blesseds who venerate the Catholic Church. On the other hand, it is subject to continuous review and, in this particular case, San Expedito was withdrawn. The motive? In 1906 Pope Saint Pius X ordered Expedito to be removed from the Martyrology, and was not re-registered in the New Roman Martyrology, promulgated in 2001. so, although popular devotion to the saint is deeply rooted, it cannot be considered an “official” saint of the Catholic Church.

The questioning of San Expedito's historicity is already very old, and it had actually withdrawn from the cult in 1969,  but since many of those retired at that time of documentary hypercriticism were then re-included (like the Four Saints Coronados and others), it is desirable to look rather at the last edition, which is not only the current one, but more moderate in its historical criteria.

Possibly, and given the spread and the fact that many Catholic churches still have images and is still being paid informal (non-liturgical) public worship, it should be regarded as the cult of Saint Charlemagne.  This is, “tolerated, not admitted.”

Because of its name (which in Spanish means “fast”), popular devotion considers it:

• Protector of the military, students, youth and travelers;

•  Patron of legal cases too long .

For all this, “legal” or not, for Santafesinos, San Expedito and his great feast are central to his Catholic tradition.