What is the relationship between San Antonio de Areco and the Day of Tradition? Find out everything in this interview with Francisco Durañona, his mayor. 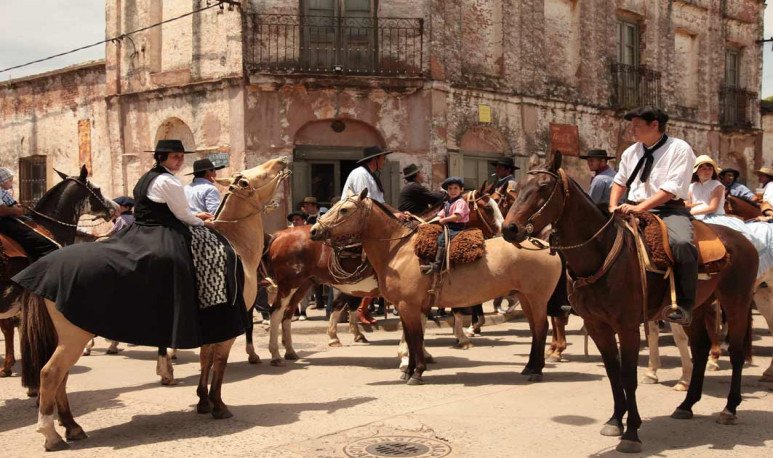 One of the most particular dates that touch us the Argentines more closely is  the Day of Tradition . As everyone knows, it's November 10. Now, what some may not know: that day is commemorated because it is the day when,  in 1834,  José Hernández , the greatest patriotic poet, was born , the author of the book that made us known all over the planet (although it is virtually impossible to translate):  Martín Fierro . In addition to the poetic quality, of course, Hernández's conceptual innovation was to include  gaucho  (and his customs, his lexicon, his geography, in short, his lifestyle)  as the protagonist of a piece of high literature . Now, what is the relationship with  San Antonio de Areco  ?

The first data we have of an attempt to establish a date determined as “Day of Tradition” goes back to Francisco Timpone, another national poet. It is said that he proposed it in 1937 at a meeting of a group called “Bases” in honor of Alberdi, which was based in La Plata. 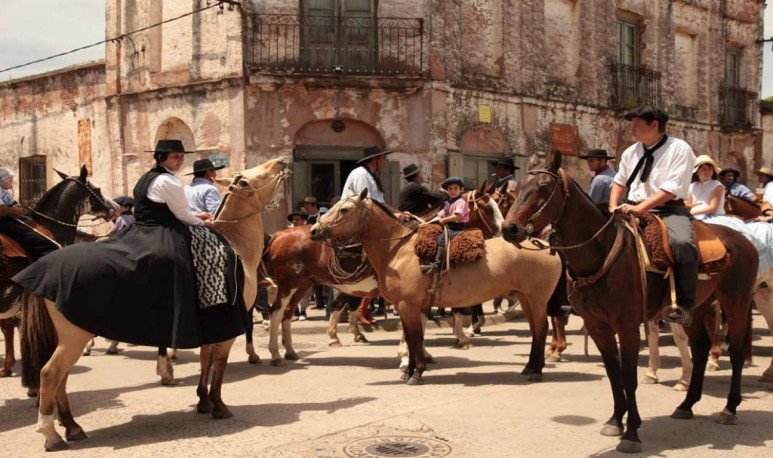 A year later, the group submitted the  formal petition  to the Senate of the province of  Buenos Aires , with the date set. In addition, the request included another proposal: a  pilgrimage was called to the Gaucho Ricardo Güiraldes Museum in San Antonio de Areco . The approval was unanimous and a law was declared, which entered into force on 9 September  1938 .

Areco and the Festival of Tradition

For that reason, from Ser Argentino we contacted  Francisco Durañona , current mayor of San Antonio de Areco, who kindly answered us some questions.

Ser Argentino:  What does it feel like to be the mayor of the city where the origins of the  Argentine gaucho are founded?

Francisco Durañona:   It is a real honor to be mayor of Areco  . I am passing through the last months of my second term and during these eight years we worked to generate rooting in our city and take care of our traditions.  Areco is the birthplace of gauchos heroes, men and women who made and make Patria every day  with their work and art. It is them that we guide our management.

SA:  What are the celebrations of Tradition Day?

FD:  The festivities, which take place during one of the first weekends of November, include the parade of countrymen, peñas, artisans exhibitions and Creole skills.  Thousands of tourists from all over the world come to Areco to know our traditions and enjoy the party. In recent years we strongly bet on this event, we extend the proposals to a whole month, add activities in the rural towns of Vagues, Villa Lía and Duggan and guarantee free and free admission to the whole celebration.

SA:  How important are celebrations for the quartermaster?

FD:  Tourism is one of the drivers of Areco's economy and the Festival of Tradition is the time of year when we receive more visitors. Therefore, during our efforts we strengthened it and made the decision that all activities have free and free admission so that  both tourists and our neighbors can access them.  La Fiesta is organized from the municipality with a huge effort from all areas,  from transit to culture through the Museum and Criollo Park and production. 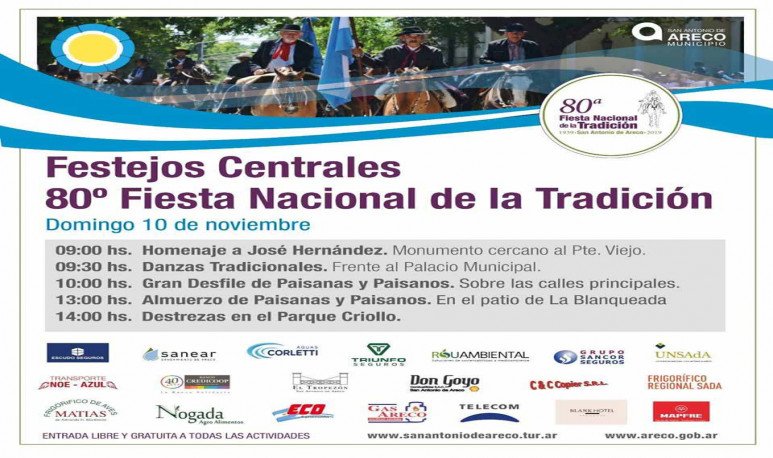 SA:  What great personalities are from San Antonio de Areco and what illustrious visitors walked through its streets?

FD:  The highlight is, of course, Ricardo Güiraldes, author of Don Segundo Sombra, a summit work of Gauchesca literature and which summarizes very well the spirit of the countrymen of our payment.  Also  Juan Hipólito Vieytes  , a procer  of the May Revolution , was born and raised in Areco and was one of the great drivers of the industrialization of rurality, something we continue to follow working to this day. We have many exponents of culture, men and women who have represented Areco very well as the great  Viviana Vigil.
Luckily there have been many personalities we have received in Areco, but perhaps the most important was in 2012 when  Cristina Fernández de Kirchner arrived in our city to inaugurate a high school in the rural town of Villa Lía.  It was the first time that a president-in-office visited our city  and Cristina choosing to go to Villa Lía filled us with pride.

SA:  Besides Tradition Day, what else will the tourist who decides to know San Antonio de Areco?

FD:  Beyond Tradition Day, Areco offers plenty to enjoy. Throughout the year there are plenty of popular festivals with free and free admission, plus  green spaces, a beautiful waterfront, artisan walks and a huge cultural and gastronomic wealth . What we offer tourists is a lot of tranquility and plenty of gastronomic, cultural and leisure options, all very close to Capital, just over an hour away.