Home Argentine Traditions Saint Martin rests in the Cathedral. And your daughter?

The remains of Saint Martin, his wife's and his daughter's remains rest in separate mausoleums. The first two are in Buenos Aires. And Mary Janes? 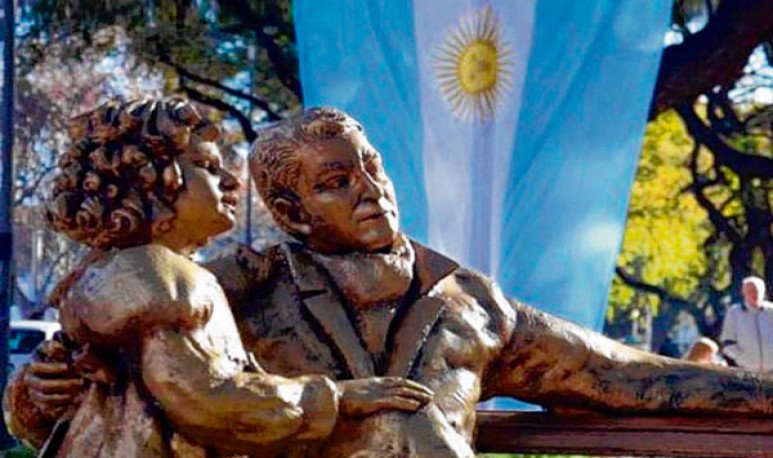 On August 24, 1816, José de San Martín and Remedios de Escalada had Mercedes Tomasa San Martín y Escalada.  This was created in Mendoza, at the time when the General served as Governor Mayor of Cuyo. Over the years, the family alternated their life between Mendoza and Buenos Aires, where Remedios de Escalada died. Years later they moved to  Europe  where, in 1850, Saint Martin died. However,  there he developed his life Merceditas, marrying the family doctor, in France, and dying in 1875, at 58 years of age.

In 1951,  his body was repatriated and buried in the Basilica of San Francisco in Mendoza, his hometown.  From that moment, there rest the remains of the most important Argentine daughter of all time. The fact is really transcendental, however, there are very few people from Mendoza who know it.  The vast majority of people pass by the sidewalk of Calle España, in the city, without imagining that a few meters away are the remains of such an important person.

The fact that Merceditas was born in Mendoza is something we didn't want to miss here. Therefore,  in 1986, the local legislature passed Law 5,131, which established August 24 as Father Sanmartinian's Day.  However, customs and business have been in the way since that time for Father's Day to continue to be celebrated in June.

Those who do try to maintain this spirit are the authorities, who, by demagogy or by patriotism, remember every 24 August this holiday. And this year was no exception, mayors of the  City  and the department of  Las Heras  made a flower offering in the Basilica of San Francisco. At the same time they declared,  “It's a special day. A recognition and tribute to the father of the fatherland, an exemplary father. Whoever formed his daughter with solidarity and generosity, you value so necessary in these times we live. The idea is that the Sanmartiniano Father's Day project reaches national legislators, that it can be treated in Congress and that Argentine Father's Day is August 24.”

As is known,  the remains of General José de San Martín rest in the Metropolitan Cathedral. While his wife's Remedios de Escalada do it in the Recoleta cemetery. But, the remains of his daughter, Merceditas, are kept a thousand kilometers away , in the Basilica of San Francisco, in the City of Mendoza.

A statue to remember

A sculpture of San Martín, sitting on a bench in Paseo de la  Alameda , next to his daughter, Merceditas, tries to remember the importance of the procerer when passerby crosses. A father who left the maximum education for his daughter, but they are totally applicable to any child. Even, in the times that run, because respect, humility and contempt for luxury are timeless.