Home Argentine Traditions San Juan and his homage to the Sun

The National Festival of the Sun is one of the most important in the country, it is a tradition for Sanjuaninos and an exhibition of their culture. 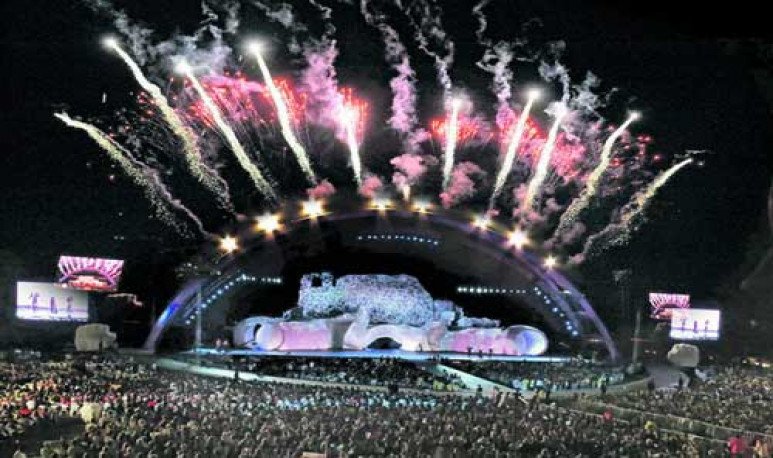 The National Festival of the Sun is the most important cultural representation of Sanjuaninos. This traditional holiday completely exposes the idiosyncrasy and identity of each inhabitant of San Juan. In addition, it is the highest recognition in the country to the Sun, a unique tribute that has been developed every year since 1972.

The venue for one of the most important events in Cuyano is the Predio del Parque de Mayo. Initially, the  festival  was animated by artistic shows, the carriage parade and the long-awaited election of the Queen of the Sun.

Each year the organization defines a theme. In 2019 the theme was “El calor de lo ours”. In the 2018 edition it was “Difita Correa: love of mother” and in 2017, “Dreams of freedom: the crossing of Los Andes”. Each year's theme refers to a character, historical fact or a transcendent cultural element.

The massive response of  Sanjuaninos  and tourists has made the National Festival of the Sun evolve every passing year. It is now held every February, starts on the last Tuesday of that month and ends on the last Saturday. Upon entering the property we will find a great regional  gastronomic  proposal. Local artists are not only on stage, they are underneath too, exposing their talent and creativity. Artists from other provinces and from other countries are part of the show.

The National Festival of the Sun illuminates San Juan, are days when the Carousel  dresses  the streets of that province. And it all ends in the natural amphitheatre where the Eduardo Copello Race Track is. There is the closing and the final show. This holiday is one of the most convening in the country and is usually broadcast by different media.

Carnaval Correntino has dates and prices