Such is the quality of Rosario ice cream and so much the passion of its people for taking it that they celebrate it with a must-see party. 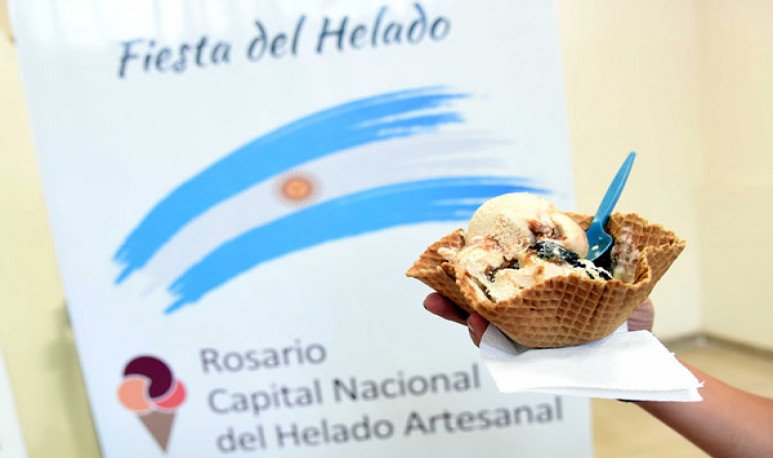 It is known that Argentines are  fans of ice cream . But of course, you might be reading this and you're not Argentine. If you are learning about this feature of us by this note, in that link we tell you about it. Ice cream  is undoubtedly another of the Argentine passions . Besides, we don't need it to be hot to take it. In winter, ice cream can always be a great dessert. Not to mention that, in summer, we take it all the time.

Against this background of love for frosty creams, sticks, slush and all variants of this delight,  there is a city that stands out. And it's nothing less than the main city of Santa Fe.  The great Rosary. Such is the quality, variety and taste of rosarinos for ice cream, that its city was declared national capital of the ice cream. It is not a little merit, being that ice cream, as you saw, is loved in every corner of this great nation. For this reason, in a  land as festivalera  as it is the whole province of Santa Fe, there could be a celebration allusive to ice cream. Indeed, in these payments we have the Provincial Festival of Artisan Ice Cream. The headquarters could not be another: Rosario

In this way, the city organizes annual shows and many activities to share with the family during a weekend. It is usually done in a large property, with free access. Those who attend, have the possibility to walk among more than 20 ice cream parlors to try their own combinations. It is nothing more or less than spending  two days with the quality of totally handcrafted products.

This Artisan Ice Cream Festival has the important sponsorship of the Municipality of Rosario and the Rosario Tourist Ente. It has also been declared of provincial interest. 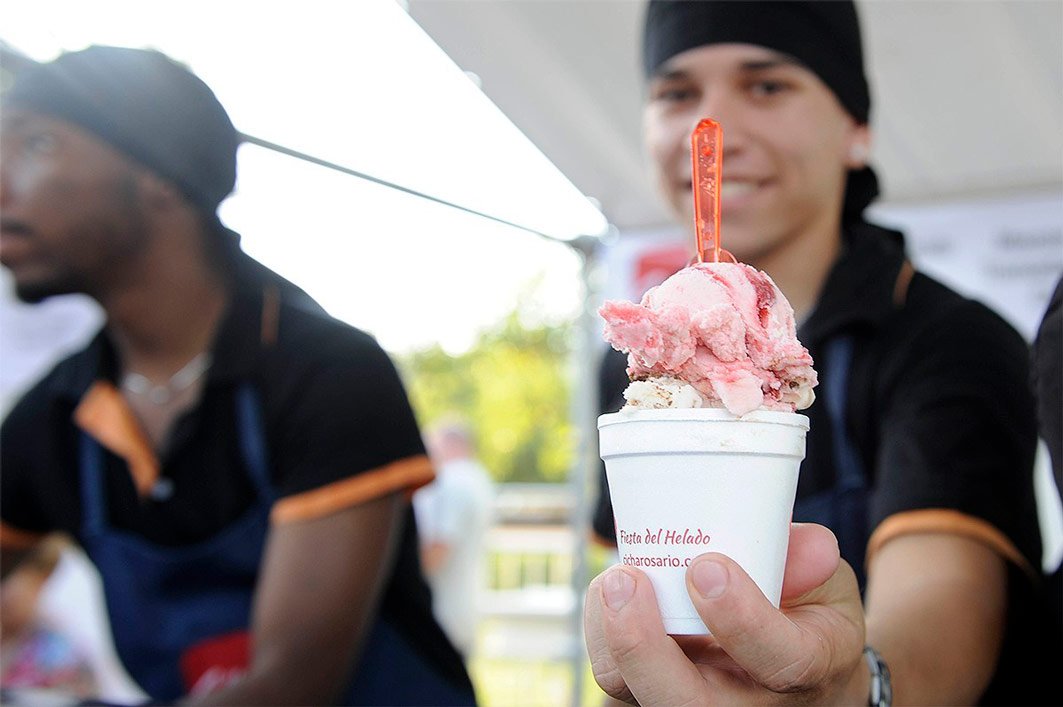 Ice cream as a flag

We told you that this event is done in “a big property” but we don't tell you in which. Can you imagine  a very large open space that is representative of the city ? Yes, you figured well: Every year it settles from an extra-large ice cream yard, in front  of the National Flag Monument . There the best ice cream shops in the city offer all the quality in ice cream in the country at promotional prices and each presenting their specialties and exotic tastes. It's like 200 tastes of ice cream.

Without a doubt, each of the ice cream shops makes a display of quality and variety of its offer of flavors. Thus they show that every taste made by the artisan ice cream maker, even if they are traditional ones, has a unique and particular taste. And if that were not enough, they include  more exotic or gourmet inspired flavors . The added value of artisanal ice cream is the use of creams, fresh fruits and healthy products such as nuts, almonds and nuts.

In each edition of this celebration of ice cream some  70000 people  visit the exhibition consuming  more than 7 thousand kilos.  They also enjoy free shows and participate in  raffles for 250 kilos  of ice cream. An immensity of cold and flavor.

To close the party, Ambassadors of Artisan Ice Cream are chosen among the applicants representing the ice cream parlors who participated in the conference.

As another highlight,  the Queen of Ice Cream contest held in previous years is replaced by a parade of couples . The same results from the election of the Ambassadors of Artisan Ice Cream. This activity is usually done shortly before the end of the party, and the participating  couples  parade on stage representing the various ice cream parlours in the city.