Rio Gallegos, the capital of Santa Cruz, celebrates 135 years of its foundation. 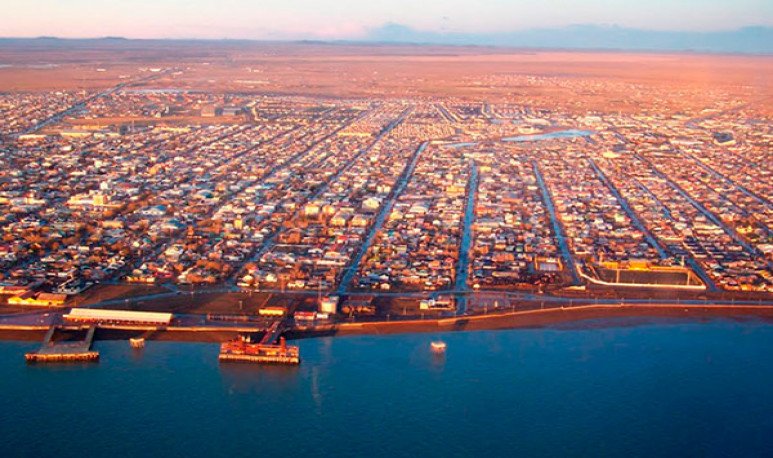 To the south of our country, in deep   Patagonia   , is the town of   Rio Gallegos , capital of the province of  Santa Cruz  , which is 19 of December celebrates its first 135 years of history.

Founded by   Ramón Lista   in 1885, the first records on this territory date back to the 16th century, when European expeditions began to travel America after Columbus's arrival in 1492.

In 1525, the flora of García Jofre de Loaiza reached the mouth of the San Ildefonso River. Simón de Alcazaba, ten years later, renamed the same channel as Gallegos River, in honor of the pilot who joined the crew of the expedition of Fernando de Magallanes and Juan Sebastián Elcano. The name of the river would be transferred years later to the name of the city, which today exceeds 105,000 inhabitants and is the largest in the province, and one of the most populated in  Patagonia .

There are not much more accurate facts about those times, so to know a little more about the history of this beautiful Patagonian city, nestled in a typical landscape of the coast of this region, you have to go back to the 1980s, when Santa Cruz was declared as a territory and  Carlos Maria Moyano  was appointed as its first governor in 1883.

Two years later, on December 19, the Maritime Sub Prefecture was installed in that terroir and with it Río Gallegos was born. In those years, the capital of the new national territory was located in what we now know as Puerto Santa Cruz, but in 1888, by the decision of Moyano's successor, Ramón Lista, it was decided to move the capital to Rio Gallegos. Six years passed for the National Executive to ratify that measure by decree.

The historic  vapor Villarino , is part of the identity of Río Gallegos. Beyond being the vessel that brought to Argentina the remains of General  Don  José de San Martín   on his inaugural voyage, it has a close link with the capital  santacruceña , to the point of being present on the coat of arms and flag of the city.

When the Maritime Sub Prefecture was installed, which gave the birth to Rio Gallegos, Villarino was in charge of carrying out the periodic trips that united the port of Buenos Aires with those of  Patagonia , traveling the coast safeguarding the sovereignty of the waters of the national territory.

But in addition, steam was the one that moved into its cellars the materials for the construction of the Captaincy that was installed in that city and gave rise to the now capital of the province,

The riogalleguense  shield  , blue and silver, shows on the front page the Villarino sailing, under it, the name of the city and above the boat appears the Southern Cross. On 15 December 1970, the Municipality adopted it as its official symbol.

Forty years later, Río Gallegos chose the design of Dorbedo Higinio González among 112 other contestants to make it the  flag  of the municipality.

With a blue strip on the left - the same tone as on the shield -, a white strip in the middle and a celestial strip on the right, in the center you can also see the presence of the Villarino sailing over the waves that represents the stretch of the river and above the boat, a seagull that symbolizes the promising future of the city.

135 years after its foundation, Río Gallegos became the most populous city in the province and also in Patagonia, with its port as an important economic hub but also converted into a great tourist center due to its great cultural movement and natural attractions close to her.