Home Argentine Traditions Rhythm and joy at the Chimbas Carnival

The Carnival of Chimbas is the great festival of Sanjuanina and one of the most important in the province. 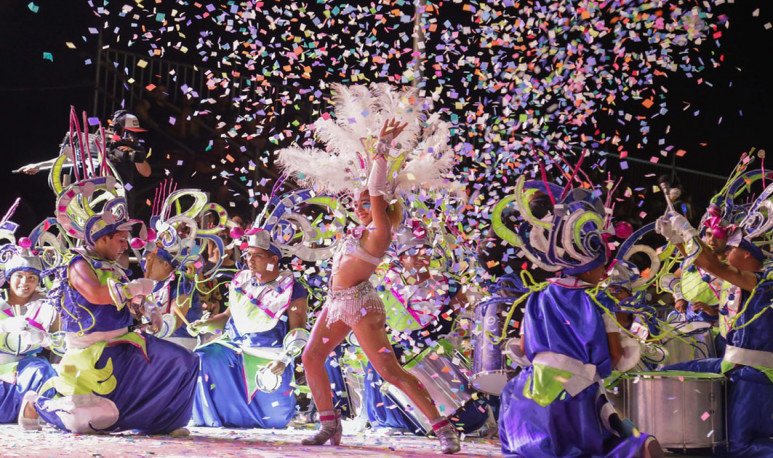 Only three nights are enough to enjoy the color, magic and joy of this  great popular festival  held in Chimbas,  San Juan   . An event aimed at the whole family that brings together the six most important parsas in the province to delight with their footsteps, rhythm and music those looking to enjoy the Sanjuanino  Carnival  . Over time the event gained more notoriety and knew how to add new attractions that have nothing to envy to the  other carnivals in the country . We invite you to discover the wonders Chimbas offers and the warmth of its people.

The holiday also features giant dolls, a proposal that was incorporated last year, which were brought from Lincoln. These were made by artisans from the Buenos Aires town to show their splendor in Chimbas. The giant structures arrived thanks to an agreement signed between the two municipalities.This exchange offers chimberos the possibility of getting to know the Lincoln  celebration  and the Buenos Aires municipality, show their work.

In this way, the giant and cabezudos dolls were the star of the last edition at the  Corsódromo Costanera Ferial Complex San Juan.  In addition, the initiative works as a great attraction for the little ones, who entertain and dazzle watching those majestic figures parade.

In turn, the show is accompanied by the comparsas, which are made up of more than 1200 artists, who add colour to the holiday. Some of them are Sueño Joven, Rayuela, Juventud y Amistad, Villa Paula, North Coast and Cielo Azul, which display their colorful dances in the streets of Sanjuaninas.Carnival tries to make a place in the  cultural calendar of sanjuanino  next to the  National Festival of the Sun,  the most important in the Cuyana province. 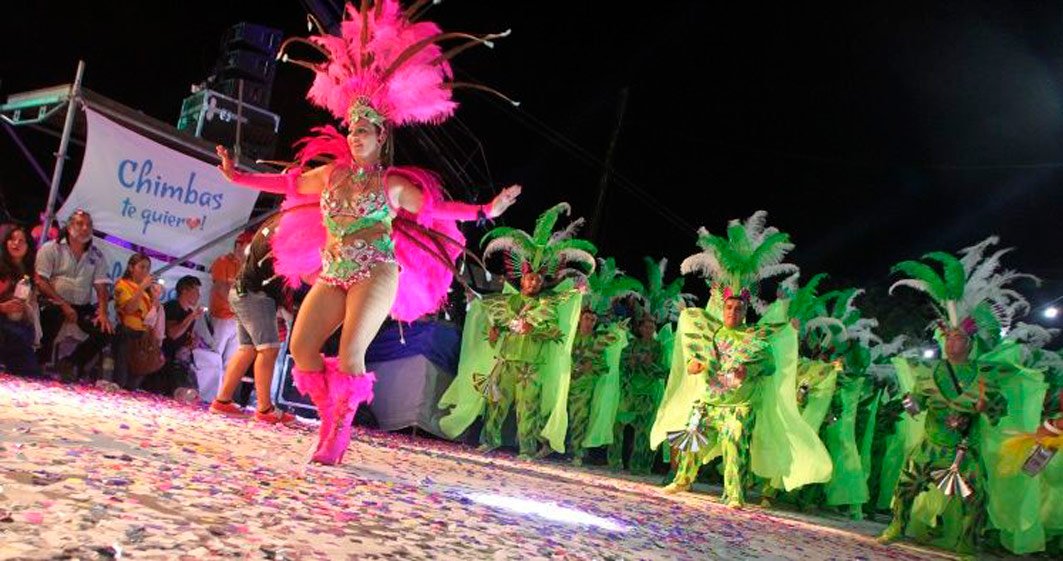 Visitors can enjoy the magic of the many different parts of San Juan. For three nights, the property bursts into applause and the warm accompaniment of the public, who enjoys the  scenic cality and clothing of the local groups that come to the corsodrome. On each  carnival night  a jury of technicians, composed of personalities from Sanjuanino culture and art, are responsible for scoring the performance of each group.

It is celebrated during the month of March and, since 2019, is held in the new corsódromo with the aim of extending the celebration and convening more people, as chimberos are characterized by sharing and living moments of joy through cultural expression. In addition, the decision to move the carnival to that new space allowed an increase in the number of spectators.

Although it is still unknown whether it will take place next year, because of the country's health crisis, in previous editions an entry worth $50 was charged for the stands. People who want to attend for free, can bring their chair or sun loungers and be located in sectors that do not have a cost.

Another important fact is that at this party the sale of foam is prohibited. The decision is justified in taking care of the suits of the members of each group, because security personnel are intended to control that this provision is respected.

The authorities stressed the importance of this holiday and, in this context, indicated that the project is not only intended to summon the inhabitants of the city of Chimbas, but also extended to all Sanjuaninos. In this way, Chimbas seeks to promote tourism becoming an attractive polo, a summer option that  seeks to compete with the most important carnivals in the country , and that will undoubtedly achieve it.