In the Buenos Aires conurban is Punta Querandí, a multi-ethnic aboriginal community that managed to regain ownership of its land. 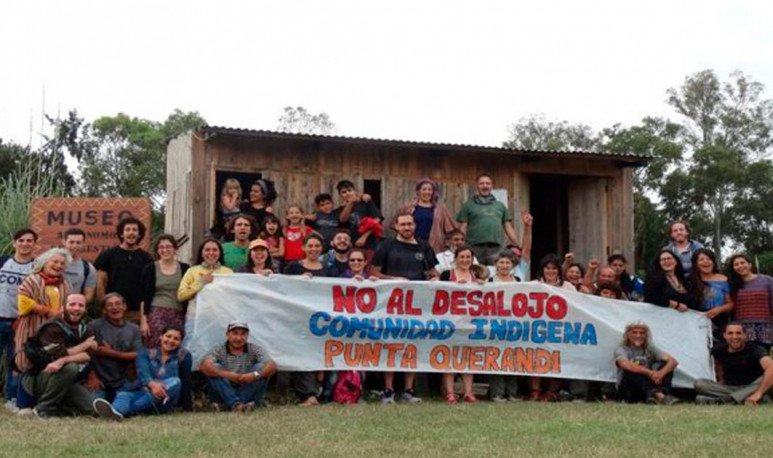 The original peoples inhabited the entire territory of our country. It seems obvious, but sometimes we forget it. Currently, there is a multi-ethnic Aboriginal community in the heart of Tigre, in the heart of Buenos Aires, surrounded by private neighborhoods. We tell you the story of how they could recover the land where they founded their community: Punta Querandí.

Located on the Luján Dam, Punta Querandí is a two-hectare site where descendants of native peoples struggle to preserve their legacy. It was founded by Kolla, Qom and Guaraniidentities. It all started in 2004, when a neighbor found pieces of old ceramics. Previously, bone remains had been detected, so the area became an archaeologicalsite. From then on, the Aboriginal community decided to unite.

In 2010, bulldozers and excavators were introduced to the site: they were said to build a yacht mooring or perhaps another country. They decided to fight: they organized the first camp, with 15 tents. Over the years, the tents were replaced by wooden buildings and the community grew. Meanwhile, there was a conflict with the construction company Eidico. Finally, after many mediations, a historic agreement was reached: on February 23 of this year, the Municipality of Tigre granted them the possession and custody of the property through municipal decree 8.912/77.

That meant a real milestone: the first recognition of ancestral nations in Greater Buenos Aires. Now, one more battle remains: to achieve the restitution of 50 human bodies, excavated by archaeologists in the region, which were referred to different institutions. They want to get them back to bury them where they were: in their sacred lands, the place they never should have left.