Options to enjoy the province in a different way. 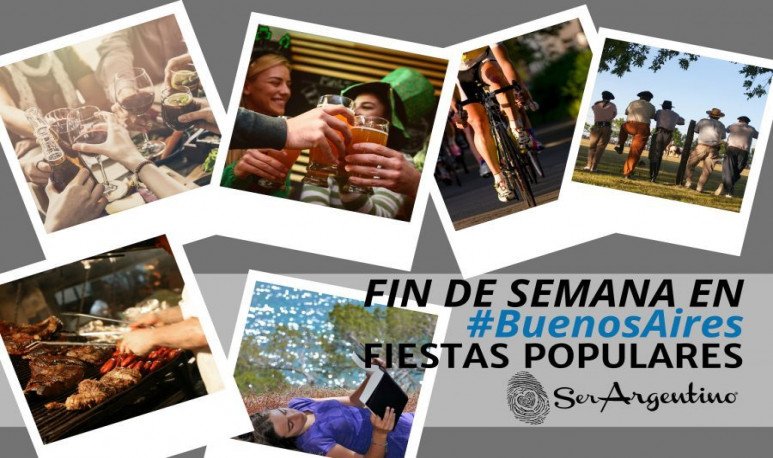 The popular festivals, such as the Harvest, in Saldungaray, and that of the Ternero, in Ayacucho, stand out among the tourist proposals in the province of Buenos Aires for next weekend, reported the Undersecretary of Tourism Buenos Aires.
The 47th National Holiday of the Calf and Día de la Yerra will be held between Thursday and Sunday in several spaces in Ayacucho, where there will be riderings, clubs, traditionalist parades and creole skills competitions, among other activities.
Gaucho celebrations will also be present at estancia María Cristina, in Cañuelas, where between Friday and Sunday will take place the Gauchos Time meeting 2019, and in Zelaya, Pilar's match, which will have its 2nd Gaucha Night on Saturday.
Juan Eulogio Barra, in the commune of González Chaves, will hold the 10th Fiesta del Asado Pampeano, on Saturday and Sunday, and Villa Lía, in San Antonio de Areco, will host the same days as the Patron Saint's Festivals of San José.
The 6th Provincial Festival of Harvest will take place on Saturday and Sunday in Saldungaray, where there will be an exhibition of several wineries in the province and fairs of gastronomy and craftsmen.
In sports, the Rally Cross de Balcarce will run between Friday and Sunday at the Juan Manuel Fangio racetrack in that city, while the 14th Cyclistic Raid Vuelta to the game of General Villegas will be played on Saturday and Sunday, with a tour that will pass through Pichincha, Villa Saboya, Cañada Seca and Santa Regina, among others villages.
Lobos will be held on Saturday and Sunday the 17th Cuenca del Salado Olympics, which will feature disciplines such as swimming, basketball, volleyball and hockey, and the Tandil Terma Adventure Race will be held on Sunday in the city that gives it the name.
The Racing Circuit of Calle Chascomús, which will run on Sunday in that city, completes the Buenos Aires offer in terms of sports activities for this weekend.
In another order, the fair Read: Literatura en el Rio, will be held on Saturday at the municipal exhibition center of San Isidro and the San Patricio celebrations will take place in La Plata, between Friday and Sunday, and in General Madariaga on Saturday.

MujerTrova heads the 33rd opening of the Mataderos Fair on Sunday