Home Argentine Traditions Poncho salteño: do you know why its colors?

Traditional and famous in the north, the salteño poncho is distinguished by its colors. We tell you his secrets and his story. 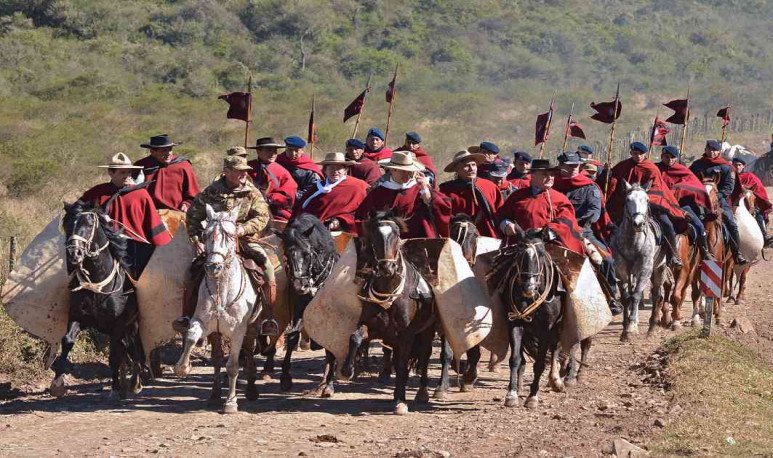 Ponchos  are not exclusive to Argentine  culture: handmade by men and women, they are a sign of identity of peoples that extend from California to the most remote.  Patagonia  . In the case of the salteño poncho, its famous blood red with stripes and black collar are the colors that identify and give origin to the gauchos of Güemes.

The poncho remains valid to the present day, not only is it a  garment  that harbors, and much, for the northern climates, but it is an identity symbol that prides the wearer. Their production varies and, in some cases, it may take weeks to make one.

Each province  of northern Argentina has its own: for example,  the tucumano  is brown with piping in red; the Santiago is beige.

Black and red: why?

In the case of the Salteño poncho, there are many theories about why it wears those colors. Although there are several, there are two main ones:

The salteño poncho and the custom that follows

Sal ta is said to be one of the most traditionalist provinces in Argentina. This fame is understood when you walk through its streets and it is common to see people wearing characteristic clothes, such as gaucho panties, hat and ponchos. These garments are the inevitable ones.

Although there is no consensus on why the poncho in this province wears these colors, the salteño poncho is already part of everyone's cultural heritage.