Home Argentine Traditions Poncho Festival: from Catamarca to the world

A simple textile element became a reference for culture and identification for catamarqueans who established the Poncho Festival. 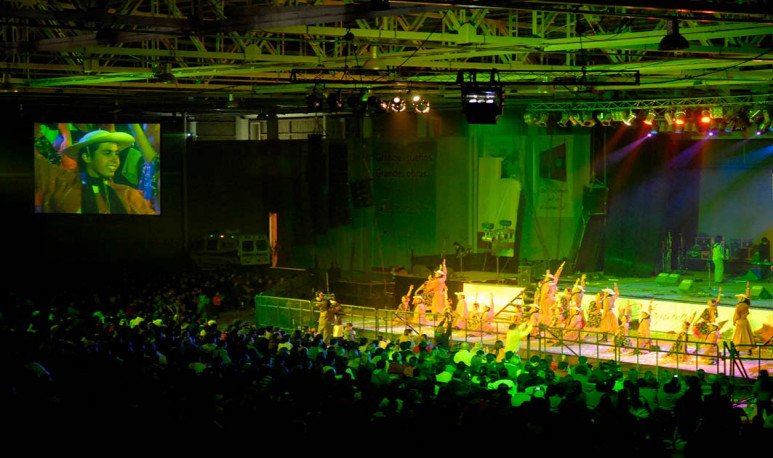 Catamarca  was always distinguished by its  artisanal textile tradition. The most outstanding and iconic product not only of its  culture , but most of the region, is the poncho. Catamarca's textile industry is one of the most recognized in the world. The poncho, a distinctive and cultural element, was the first foundation for the emergence of  the Poncho Festival .

Poncho represents Catamarquean culture, its inhabitants, its industry and its art. Enough elements to build from them an image of the province. An  identity  before the country and the world. Poncho is more than an element to wear and wear, it became Catamarca's cover letter to the world.

In 1967  Ramón Brizuela  knew how to understand people's desire to build his image around the poncho. This would also make Catamarca the country's focus. In July 1967, celebrating the foundation of Catamarca, the Poncho Festival was officially installed.

Today, according to the  Ministry of Culture of the Nation , the Poncho Festival is one of the four most important in the country. In its holiday it also has elements of foreign cultures, which makes it more attractive for international tourism. At the festival visitors can enjoy a combination between the handcrafted exhibitions and the folk festival. They are spaces where visitors can actively participate and live catamarquean culture.

Every July,  Catamarca  dresses up and awaits thousands of Argentine and foreign tourists at the Poncho Festival. A garment full of culture that has surpassed the original function it had. Poncho, in addition to having a value of celebration and festivity for those who wear it, has an indescribable sense of belonging to catamarqueans.