Home Argentine Traditions Pic-nic on the premises of the Virgin

A classic green space that serves as a reference point. But, in addition, the site of La Virgen is a place for social meetings, shows and sports. 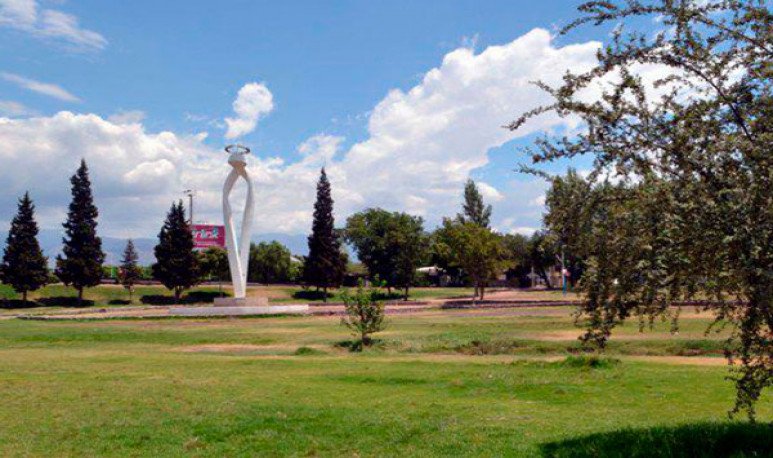 I must admit that, at this point in my life, I still have difficulty identifying the shape of a virgin in that monument. However, for others it is obvious. In the photo you can draw your own conclusions. It is that “the site of the virgin” receives that name because, in the center of this large green space, there is an amorphous, white, cement construction that represents a virgin.  Beyond this figure, the place serves as an entrance to the City of Mendoza and also hosts family pic-nics, meetings between friends, preseasons of athletes, musical shows and even toy fairs for the  Children's Day.

History of the Virgin

The well-known monument, located on the side of Access Este ( national route 7 ),  was created by industrial designer Ramón Villarroel, who named it “Maria ”. The shape of the work was inspired by a tape measure that the professional used to manipulate.  They tell from their surroundings that the balance maintained by the work seems to challenge the main laws of   physics . In fact, Villarroel has commented on more than one opportunity how thorough his study should have been in order to be able to realize it.

In 1982 with that idea in mind, he was presented at  the contest organized by the Archbishopric of Mendoza to commemorate the Marian Congress of 1980 and was the winner. The figure of 18 meters high (and four meters buried) was completed in 1983. 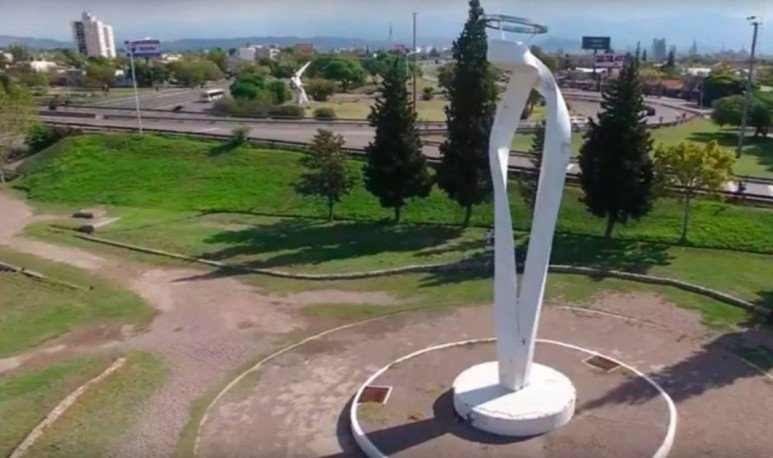 The visit of the Supreme Pontiff

The monument of the Virgin of Guaymallén is not only recognized for demarcating the entrance to the city, but also for having witnessed the visit of Pope John Paul II in 1987 . On that occasion, more than  400,000 people  gathered at the site of the Virgin to hear the words of the  Supreme Pontiff . The chronicles of that time speak of the emotion that aroused the first and only visit of a pope to our province.

The enthusiasm of the crowd came to its maximum intensity when the pope advocated  “a more human and Christian world”  and, above all, in moments when he made a fervent defense of the family and warned about the  “disintegration of marriage”,  according to theThey described the diaries of the time.

The property as a social sector

Beyond its architectural and religious content, the common of Mendoza uses the site of the virgin as a place for family gatherings, friends, training sector and other recreational activities.  It is a place of great extension, with lots of lawn and a beautiful (and distant) view of the Cordillera, with cars passing the East Access as a background tenor.

All Mendoza have spent a few hours, once, on the premises of the virgin, which is, also, a point of reference.  Any direction through the area is indicated “three blocks from the virgin” or “passing the virgin”, etc.

It has even become a gateway to the City as, along with the condor monument, which is facing, they are two icons that motorists who arrive in Mendoza in the south and east cannot dodge.