Ambrosetti and Ramona, two locations that honor pasta in the best way. 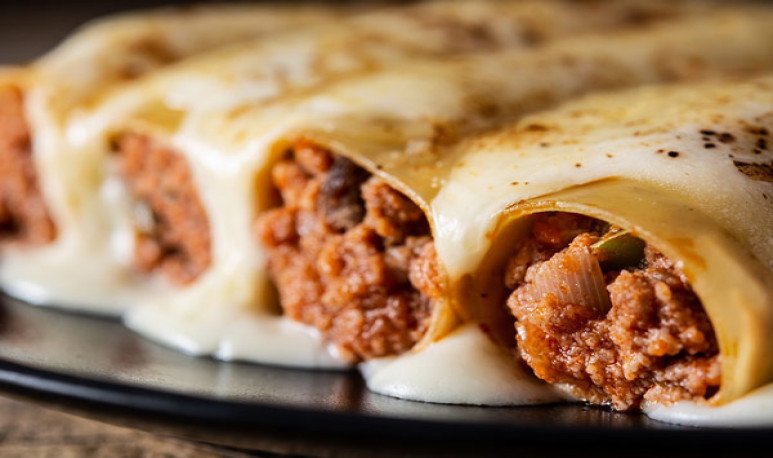 Since, at least, the 40's, fresh pasta is one of the best versions of lunch in Argentine homes. This story was already very told and is directly linked to the huge  Italian  immigration we receive, and of which many of us are descendants. The tradition of Sunday pasta that is maintained in many Argentine families comes from those times. They were the first times that  the whole family met to eat those spectacular ravioli stuffed with meat, ricotta, or vegetable that knead the nona.   Or the fetuccini, stretching the dough with a broom stick on a large floured table to roll it and cut it with a well-sharpened knife. When unrolled, they formed long strips that were thrown into the pot with boiling salted water and a drizzle of oil.

The secret of a good pasta lay  in the cook's hand to knead them and, of course, in the preparation of a bolognese sauce  or pesto, where the aroma of basil spread all over the cas, tempting the stomach to more than one passerby willing to ring the bell so that it invite you to share the table. These classic meetings used to be held almost every Sunday.

Throughout the province of Santa Fe, except in the microcenters of Rosario and to a very lesser extent in the provincial capital , the rhythms of life are very different from those of a large city like Buenos Aires.   Therefore, these traditions often remain very entrenched. Most rightly, in small localities. Such is so, that some of them, whose families are mostly of Italian descent, have even large traditional festivals dedicated to pasta.

Ambrosetti (yes, and its name makes you want to eat) is a small town of just a thousand inhabitants. It is located in the department of  San Cristóbal,  about 270 kilometers northwest of Santa Fe Capital. There, a traditional event mobilizes a series of activities throughout the community, interpenetrated with its own dynamics and essence. That is why, on a weekend of August,  there are important artistic and cultural manifestations  expressed from dance and singing carried out by local and regional artists. The framework of this display is the tasting of pasta. This is the Provincial Festival of the Cannellones. In a “non-COVID” context the facilities of Club San Lorenzo in this town are usually overflowed. It is that they usually have the presence of around 500 guests, with visitors from all over the region.  The traditional menu is “Cannellones con Peceto”, and they make the typical choice of the Provincial Queen.  Cannelloni are delicately handcrafted, with a base of chard and homemade eggs. They are produced in the orchard and school farm of a double day elementary school with shelter, where around 250 pupils attend. The proceeds are intended for the educational objectives of the institution.

Artistically, they have received the visit of important musicians, such as the case of Los Iracundos.

The best ravioli are in Ramona

A little further south, in the  Castellanos department, is the Commune of Ramona.

They also have a very large Italian tradition  and, with it, a great quality for making pasta. The highlight they have are ravioli. So much, that they have long been organizing the Provincial Festival of the Ravioli.

Ramonenses are proud to  be able to support this proposal for more than two decades . Every year they invite families from a wide region to enjoy a meeting of camaraderie and pasta, which is always accompanied by good music.

Like cannelloni, they usually do it between August and September. Its organizers assure that La Fiesta de los Ravioli comes to be like the coral of an intense month where they venerate their Patron Saint, San Ramón Nonato.

The menu they serve make you want to grab the car and leave urgently for Ramona  to eat pasta: lunch, homemade cheeses and pickles. Then the star ravioli. They can be tasted in several ways: with mixed sauce,  bagna cauda  or roquefort. They also make artisanal ice cream dessert, serve coffee and cooked mate. It is that the event has several moments, spanning the afternoon and evening to pure dance with outstanding musicians.