Home Argentine Traditions Our Lady of Sumampa: a feast in honor of the patron saint of carriers

In Santiago del Estero, the patron saint of transporters is celebrated: Our Lady of Sumampa. 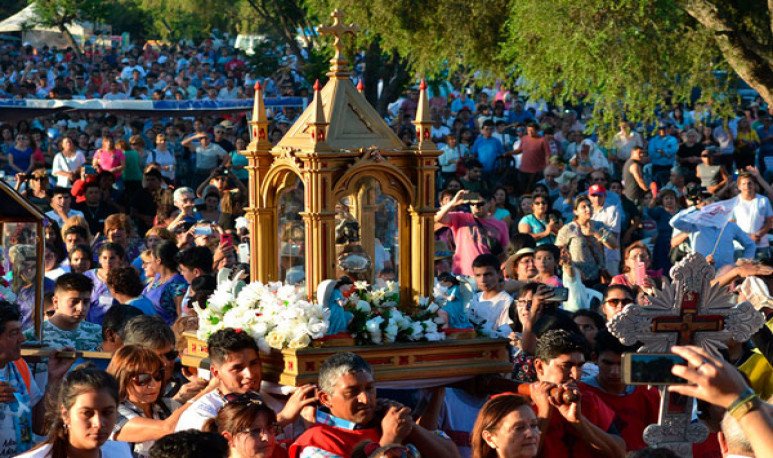 In the town of Sumampa, Department of Quebrachos in Santiago del Estero, is celebrated the Day of the Virgin of Sumampa, mostly known as the patron saint of transporters. Although nine previous days are celebrated, the  official  celebration is November 23.

Pilgrims arrive from the provinces of Córdoba, Tucumán, Santa Fe, Catamarca and of course the locals of Santiago del Estero. Usually they arrive in the city on November 11 when the patron saint  festivities  begin.

On November 21, we begin to bless the vehicles of carriers or those who want to have a safe  trip  . In the afternoon we proceed to pray the rosary in the Sanctuary of the Virgin and a Mass offered by the bishop. In the evening, the traditional march with torches is carried out with the image loaded by the clerics and faithful. At the end of the day, when returning to the church to leave the image in it, the traditional serenade is set to the patron saint of the Santiagueña culture.

On November 22, the mass for families is held at 10 am. In the afternoon the rosary is prayed, followed by a  mass , worship and procession again. At 22.30 hours it will be the second night of serenades.

On the 23rd, the official day of the celebration, Mass is offered in honor of the Virgin of Sumampa at 7 in the morning, in which children and pregnant women are later blessed. At 19 hours the bishop performs a mass for all pilgrims. After the same, the image is taken from its site, for the procession that will walk along with clerics and faithful throughout the valley of Sumampa Viejo. The closing of the celebrations is celebrated on the third night of serenades, in which thousands of pilgrims and promissants will sing loudly as a gift to their mother who cares for them on each trip.

The story of the Virgin of Sumampa

In 1630, Sumampa, Santiago del Estero, Antonio Farias Saa possessed deep Marian piety. He felt that in these lands there should be an image of the virgin to accompany him and help bring people together in those unpopulated lands. So from Brazil he sent to bring two images: The Immaculate Conception and the other of the Virgin of Consolation. The images landed in March 1630 in Buenos Aires. Two oxen cars took them to Cordoba. When he arrived in Luján, the cart carrying Nuestra Señora de Concepción stopped. The animals carrying it refused to follow the road. There was that image, and the imposing basilica of the Virgin of Luján, patron saint of Argentina, was erected. 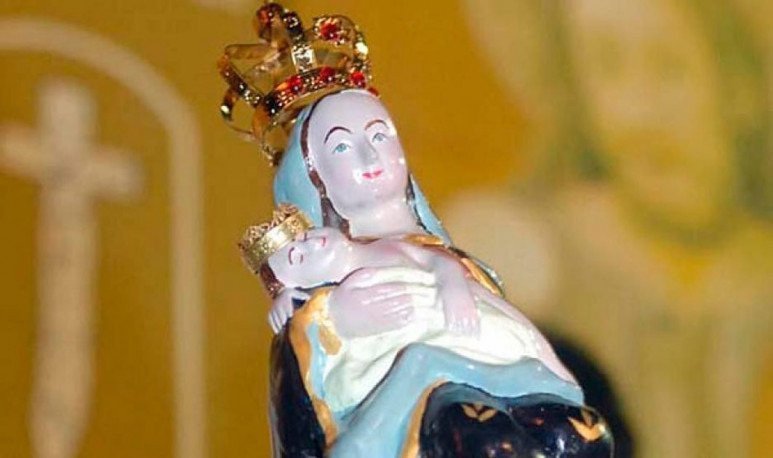 Without oxen to carry it, they used a mule to take the Virgen de la Consolación to Santiago del Estero. The animal went astray when touching the lands of Sumampa Viejo. Miraculously, the mule came with the healthy image and saves the stay of Don Antonio Farias Saa. They unloaded the figure and immediately built an oratory there, 4 kilometers from Sumampa.

Over the years the virgin has granted protection and  blessings . In 1673 he gave protection to the Spanish expedition against the constant looting organized by the indigenous people of the Chaco. In 1857 the neighbors of Sumampa praying for help as a brutal drought struck those lands, she responds to them with a fast-paced rain. In 1983 she received the title of “Patroness of Transporters” for having traveled from Brazil to Sumampa by different means such as boat, wagon and mule loin. Since 1984 the Virgin of Sumampa is officially recognized as the “Patroness of Santiago del Estero” and in 1995 she is recognized as the “Patron Saint of Culture” in the province.

Such is the devotion of the promissants and faithful of this miraculous Virgin that her celebration is carried out every year. More and more pilgrims are offering their faith to the hopeful Virgin of Sumampa, mother of the humble and helpless, guardian of Argentina's dignity and honor.