Did you know that orange is honored in Corrientes as if it were royalty? A party so popular it turned national. 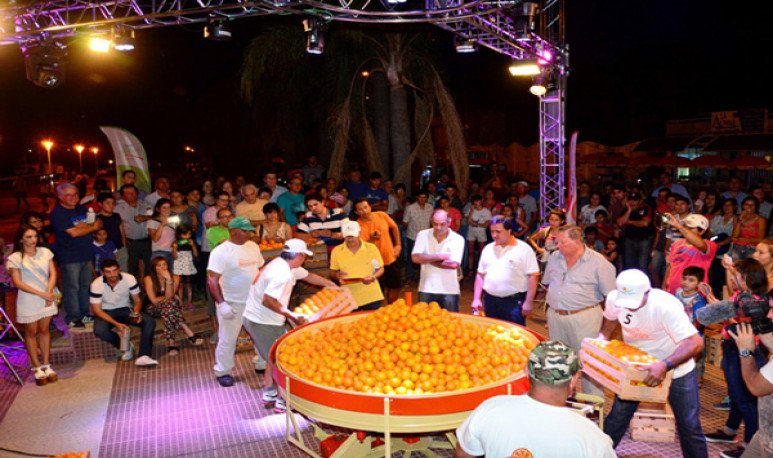 There is a color that derives from it.  It is round, pulpous and aromatic . With its rich components we make juices, pastries and the most extravagant meals. Let's not talk about his  sweetness . Anyway, we could write a waterfall of adjectives, but we better get to the point. Yes, it has a  celebration . The  National Orange Festival  takes place  in the  Correntine  city  of  Bella Vista  during the  first half of November  . It is not a matter of chance, but this  place  is  central  to the  production of  citrus   . Therefore, locals are responsible for paying tribute to a determining factor of the regional economy.

In its beginnings, good harvests were celebrated with popular songs, contests for fruit packers and the election of the queen. Then the event was growing and becoming massive. It went from being an event in the area to a provincial nature. Subsequently,  in 2002 , he gained  recognition of being  declared of interest throughout the country .  Today it is organized by the Municipality , given its relevance to the whole town. It is also  supported  by the  Undersecretary for Tourism of the Province and the Association of Citriculturists  . In addition, it has the endorsement of state institutions such as the  National Institute of Agricultural Technology (INTA) , which fosters its greater impact.

The authorities in charge of carrying it out intend to create a  festival  year by year with  artisanal, productive, gastronomic and tourist imprint . However,  orange  is not the only protagonist. In fact, in recent editions they have added several regional proposals that make it even more attractive because of its range of activities. In parallel,  talks are held on citriculture and an important lunch with producers . The latter is decisive because there are new challenges and issues of technological innovation.

The  holiday  is so great that it  extends for four days  to pure action. There, visitors are offered  typical local dishes, handicrafts exhibition and conferences . The entire deployment takes place in the  Municipal Sports Centre Julio Cosanni , which has a capacity for around  2000 spectators . Within the property are installed institutional tents with banners that promote Bella Vista tourism and the entire Correntino territory. Meanwhile, the election of the Orange Blossom Warbler and the National Queen of Orange takes place on stage.

Throughout their nights,  rhythm and dance play a fundamental role . With young artistic talent as a trend, it is encouraged to preserve and increase the participation of musicians and dancers from all along the coast. Such are the cases of characters such as Florencia Domínguez, Mario Bofill, the Integration Group and the Municipal Orchestra, as many others. In addition to this, the city's ballet provides in each edition its choreographies with all the corporality and delicacy that characterize it.

Finally, we need to mention  some of the presentations that have taken the center of the scene . Here we have outstanding figures such as Leon Gieco, Horacio Guarany, Soledad Pastorutti, Peteco Carabajal, Los Nocheros and Luciano Pereyra. However, there is also a place for rock, cumbia and pop. Among the most significant were Babasónicos, Karina, Nene Malo, Alejandro Lerner and Miranda. But so did Las Pelotas, La Mancha de Rolando, Los Pericos, Ivan Noble and Los Cafres.  All gathered to celebrate a faithful fruit that never clogings .