Home Argentine Traditions On this Day of Tradition, I met the most rooted customs in the Neuquins

Of purely Neuquin origin or shared with other provinces, but rooted in Neuquén, these are the customs that identify them most. 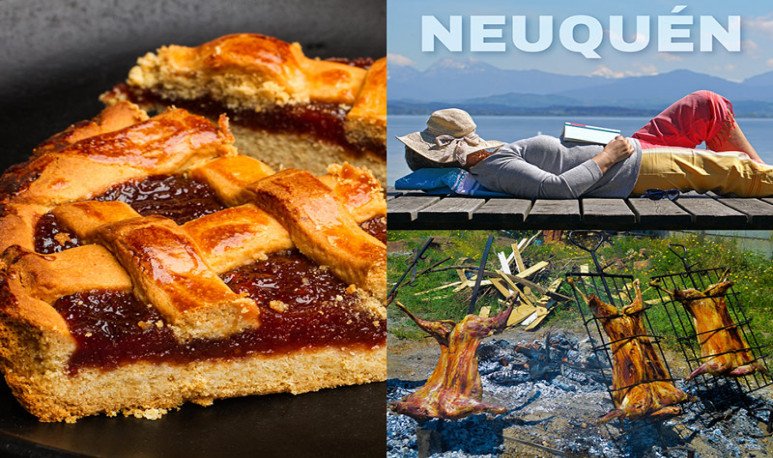 If it comes to traditions, the province of Neuquén gathers a varied range of the most Argentine. From gastronomy to forms and ways,  Neuquins and Neuquins demonstrate an outstanding journey through the most typical customs of our country.  Neuquén not only enjoys considered heterogeneity in its landscapes and provincial geography; its capital of the same name is also the same name.in one of the cities in the country that acquired the highest population density in recent decades. The rest of the  neuquine localities , of course, were also affected by this.

“ This demographic phenomenon is due to an  incessant internal migration of people from many provinces , not just Patagonian, in search of opportunities in a territory that needs to populate,” says an expert in sociology.Rosarinos, Cordobese from the interior, Cordobese of the capital, Fueguinos, Salteños and Buenos Aires are some of the varied components of Neuquin identity.

A fun and didactic way to check this is by putting the magnifying glass in the traditions of the Patagonia portal. As in every province,  there are many that come from the local  Gauchesca  culture.  However, Neuquén brings together many others that dispute the origin with more than one province  . The fact does not sow discord; on the contrary, it shows that the Argentine Self responds to many native customs, but also to a general identity.

We present some of the most entrenched Neuquine customs, native and not so much.

The medium sized goat, roasted on  the grill or the cross, is perhaps the most typical Neuquin tradition.  The ritual that entails this custom can be seen in all provincial latitude : Under a willow somewhere in the desert rivers, on the shore of a mountain lake or simply in the neighborhood courtyards, the chivito is always there. Neuquino's love for the goat is such that he  even has his own event.   The Chivito Festival  , Dance and Song has been held every year since 1988 in the northern city of Chos Malal.

The nap and the eses

Eating the eses and napping rankean among the Argentinean activities par excellence.  Except for the City of Buenos Aires, it does not mean that  throughout the Argentine territory this happens with its different nuances  . Although the neuquino does not have a marked accent, a silent “h” is accentuated by saying phrases such as “avenue Las Heras”.  The nap  is also always present in the routine of the Neuquinos; perhaps the intense center of the same name provincial capital is the exception. But there will never be a shortage of someone sleeping on the bank of a river, blocks from the electric urban movement.

All bakeries have it, all people prefer it to accompany mate and there is always someone who knows how to cook it. Even so, it is impossible to know for sure if  frola pasta  was born from the Neuquin gastronomy. But which province can claim sovereignty over it?  Frola pasta is Argentinean and in Neuquén it is favorite, which is enough to tell it as a Neuquine tradition.