One day like today was founded one of the most beautiful cities in northern Argentina. We are talking about Salta la Linda, ladies and gentlemen, and that is why in this note you will know 4 customs of this dear province. 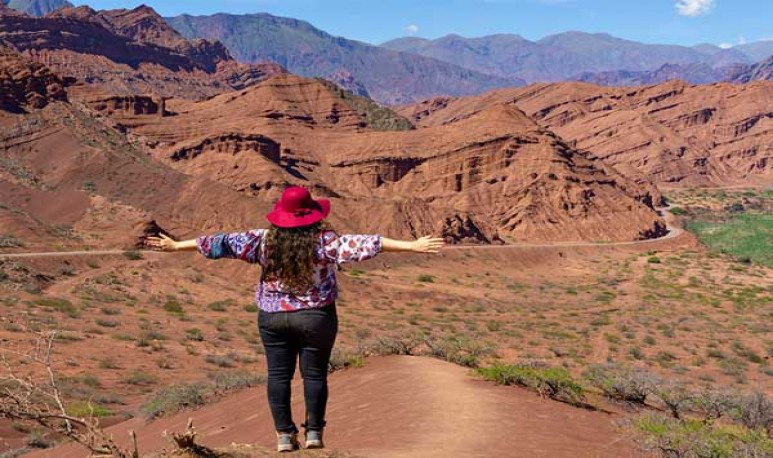 The history of this city arises after the first calchaquí war, in March 1576.   It was when the viceroy of Peru, Spaniard Francisco Álvarez de Toledo, wrote to King Philip II of Spain to  send people to the town of Valle Calchaquí and Salta.  This foundation was given within  the framework of a strategic plan  that sought to ensure  that all provinces are connected to each other.   Above all, the intention was that they could be safeguarded from uprisings and help if necessary.

We have left the motives

In addition, there were other reasons to found this city. The first was to  mitigate the strong resistance  that the Chiriguan Indian tribe opposed to the Spanish advance from the east of the new city. The second cause was  to create a population center that would scale in communications between the city of Lima, the viceroyalty capital, and distant Buenos Aires.   Following the orders given to him by Viceroy Álvarez de Toledo, Spaniard  Hernando de Lerma founded the city of Salta on April 16, 1582, a day like today.  From some time to this part, the idiosyncrasy of Salta was consolidating and  the community of this province  was taking its strength. At present,  Salta is known as “La Linda”,  not only for the beauty of its city but also  for its customs and its people.  Therefore, in this note we mention  some Salteñas customs  that were established from its inception to the present.

This is  one of the most important dates in the province,  as it commemorates  the death of General Martín Miguel de Güemes.  This Argentine military and politician performed an outstanding performance in the Argentine War of Independence, and above all, became a  historical reference for the Salta community.  That is why, in his honor,  the gauchos parades are held . To witness these rituals is a surprising and emotional experience. The riders arrive from remote places with their best horses and with the typical clothing  to honor the memory of gaucho.

In Salta, the main cultural and popular events are the comparsas and tents.  The parsas are formed by groups of neighbors that make up songs and dances wearing rich costumes that identify them, inspired by indigenous designs. And the tents are places where  carnival is celebrated, with dances and folk music  performed by popular orchestras. In this province,  the whole month of February is carnival.   And for the remainder of the year, too, as we  work to have the costumes ready  and the choreographies learned.

3. Folklore Salteño: dancing and much more

Salta is the birthplace of great artists, and that is why  there are clubs and meetings in which the main protagonist is this musical genre.  In these meetings you can enjoy  the most authentic samples  of  popular songs and dance.  The sound of guitars and drums are heard  zambas, chacareras, and funny Andean carnivalitos . There are music festivals all year round, of different types. Some of them are: La Serenata a Cafayate, the Chicha Festival in La Caldera, the Festival of the Artisans of the Calchaquíes Valleys and many more...

4. Feast of the Pachamama

This is one of the most important popular festivals in the province . In this event, participants dig a hole in the ground, where they throw  offerings to the pacha or mother earth.  Always giving away and offering food, drinks or  coca leaves which is a sacred plant for the Incas.   This rite serves to thank and ask Mother Earth for what is necessary.  It is one of the traditions  that is repeated during the carnival season, in which the village is grateful for everything received and asks for the  fertility of the next crops.

There are many cultural samples of the customs and traditions of our country in general and Salta, particularly.  And many of the religious celebrations and rites respond to  indigenous roots combined with colonial influence.   Thus it was that  the Argentine Self and being Salteño were consolidated at its best.   The popular festivals held  in the different towns of Salta combine  a religious spirit with the colorful magic that emanates from its  music, dance, and rituals traditional ones.  Speech, songs, dances, instruments and even the way of dressing make the Salta idiosyncrasy an attractive and surprising world.

On the day of this city, we celebrate traditions and  applaud the “saltinity”!