Home Argentine Traditions National Orchid Festival: Monte Carlo loves this flower so much that it celebrates it

Every year, the missionary town is transformed into the stage of the National Orchid Festival. A meeting to admire its most beautiful flower. 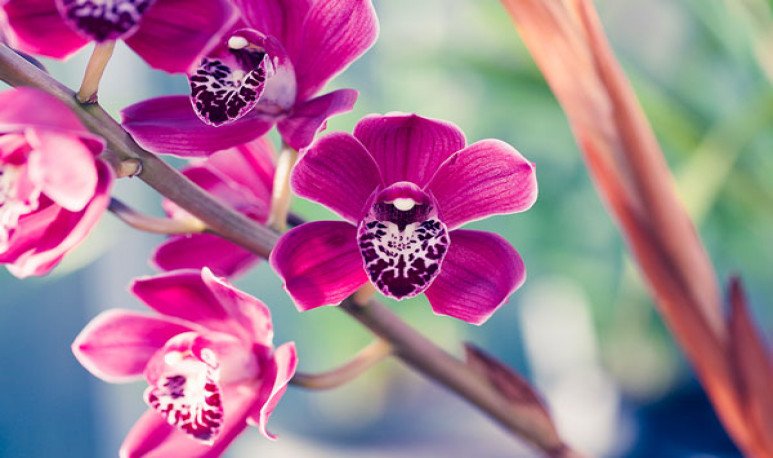 The second week of October in Montecarlo always emanates odorcito to   festejo   . It is that the city is considered to be”   The Argentine Orchid Mecca”   , a tremendous title you have to know how to honor. So the celebration is for the provincial government   not of its most important social and economic events   . In this sense, it has been calling for decades different growers, scientists, collectors and fans of orchids, both national and international.

Among many reasons, there is one that stands out a lot for   Monte Carlo has been chosen for this work   . This is the use of the natural conditions that characterized the place during much of the twentieth century. In this way, the presence of large flora resources made it possible for its inhabitants to specialize in the area. They did so by deepening the production, conservation and sale of dissimilar species.   Against this background, orchids became the center of economic activity   .

In 1983 the town organized the National Flower Festival and, in 1990, the National Orchid Festival   . The initiative was able to materialize thanks to the dedication of the neighbors and taking advantage of the increased flow of tourists. The first edition of the   celebration   was held in Juan Vortisch Park, the space indicated to concretize it. This is due to its six hectares of multiple species, both orchids, and the rest of the local flora and fauna. Likewise, the property was conducive to various activities that would benefit tourists, producers and collectors. The event   brings together approximately 34,000 people annually   , which come from various Argentine provinces, but also from other countries.   Some of the international participants come from Brazil, Chile, Paraguay and Uruguay   . There, we seek to appreciate the diversity of native orchids and   nature   offered by Monte Carlo. In addition to exhibiting a landscape explosion, the festival is shown with regional cuisine and different musical shows for all ages. For example, Chamamecera Popular Night and National Orchid Queens Election Night capture the spotlight. In turn, there are sports activities such as the Orchid Marathon and the Orchid Walk.

On a social and economic level, the celebration is very important for locals. Thus, the festivities and the constant increase in tourists promote the development of hospitality, transport and handicrafts.   So the most beautiful flower in the city contributes significantly to increasing the labor occupation of inhabitants   .

From the holiday to the community spirit

Thanks to the   festivity   of the orchid, the municipality became increasingly interested in the preservation of its specials. For this purpose, he managed the organization of competitions that are recognized with prizes during the party.   However, the neighbors also put their seed guided by botanical tradition and sponsored a scientific project of great relevance.     All these aspects only make clear the commitment of the Monte Carlo community to its beautiful orchids   . But it does not remain there, but places them in a central role in the conservation, research and promotion of the native national flora.