The community of Los Antiguos (Santa Cruz) celebrated the 31st edition of the National Cherry Festival. A popular holiday in honor of the delicious red fruit. 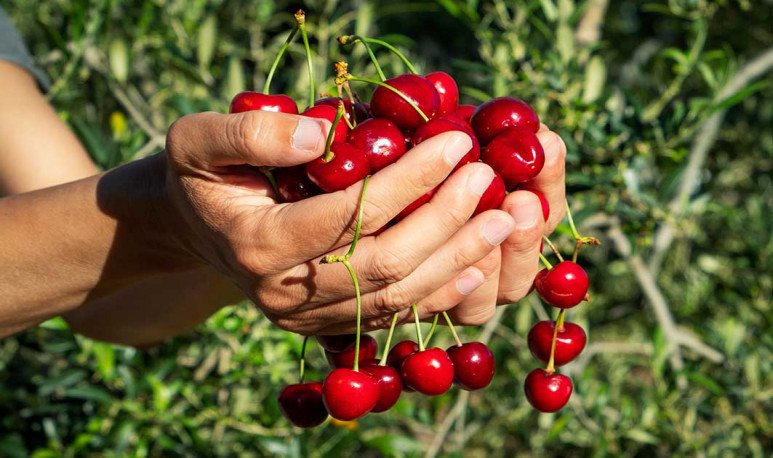 Cherry is one of the traditional  fruits  of Patagonia. Its attractive color and deep taste, sweet and unique, manages to seduce most. It is considered a small prize of nature, a treat that attracts people and animals alike.

The town of  Los Antiguos  is the national capital of cherry . That's why, for the city, this fruit is the great vedette. Not only because of its unique flavor, but because it is part of the main productive activity. According to its inhabitants, having a party in their honor is the least they can do. It is a way of paying homage to Mother Earth who blesses the inhabitants with fruits and food. Thus, in January, they celebrated the traditional National Cherry  Festival  in its 31st edition.

The festivities began in 1988, in line with the completion of the harvest of this exquisite fruit. Eventually it was sought to associate the party with an event that attracted tourism. This was how the Cherry Festival was born, organized by a group of neighbors and municipal authorities.

Currently, cherry production and agrotourism have become the main productive axes of Los Antiguos.  The city exports almost 90 percent of its cherry harvest .

What this edition offered

Visitors were able to tour the 13 chakras open to the public. They  were able to taste homemade sweets and cakes made from red fruits .

They are already a classic in these events the jockeys and the musical shows, that's why, in this edition, they were also present. In the riders, residents of the region have the opportunity to demonstrate Creole skills. In addition, every year, the strawberry from the dessert remains the choice of the Queen of the Cherry.

In its  2020 edition , there was an interesting grid of local, regional, national and international artists. So it was that the audience was able to delight with the music of Lucas Sugo, the Banda al Rojo Vivo, Sergio Galleguillo, Siete Veenas, and many more. The National Cherry Festival in Los Antiguos could be a nice experience to enjoy with the family this traditional celebration.