2021 will have an atypical edition of this national holiday. 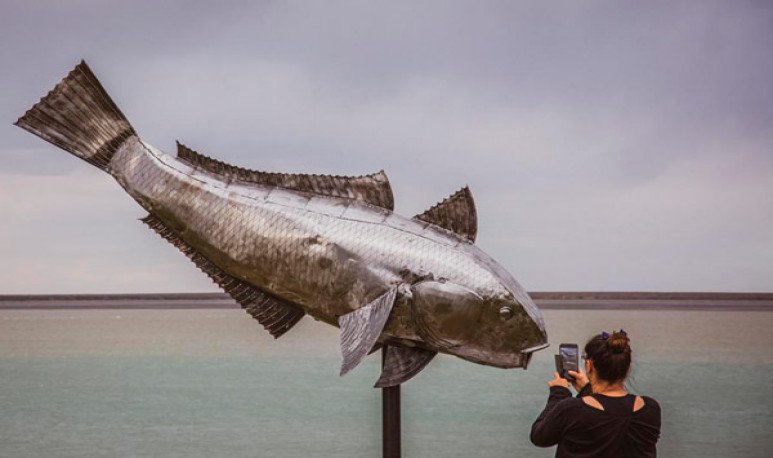 The issue and health protocols have come to change normality, that is no longer doubts for a long time:  Puerto San Cruz will have its National Bass Festival, but only for residents and previous registrations.

This edition will be the sixth and number 19 of “Las 12 horas de  Róbalo ” : both will be held on 13 and 14 February, Saturday and Sunday, respectively. In addition to the competition for sport fishermen, there will be a gastronomic circuit on the Costanera and a Paseo de Artesanos: manualeros, artisans and producers who will be in the Municipal Gymnasium throughout the weekend, including Friday 12. Everything will be for the collective enjoyment of the residents of the city.

The organization of these events “have been achieved with all the effort and with the protocols that impose the moment but allow to energize athletes and maintain the importance of this competition that is a classic attraction of our coasts,” says Pablo Godoy, Provincial Director of Tourism.

It is the   Santa Cruz river   that houses the ideal place to catch bass: this fish comes from the sea and are large and strong due to the effort and feeding they make to swim in the ocean. This river is wide so to  fishermen  who are followers of the   Sport fishing   offers you quantity, size and quality of parts.

The biggest difference between the previous edition of 2020 and the one to be held is the concurrency. While last year, in statements with the media, the mayor threw some “10,000 concurrent” throughout the Festival; he also stressed that “60 percent of visitors arrived from the central area of the province and from  Río Gallegos , 20 percent came from the provincial north and about 15 percent, among tourists from the rest of the country and foreigners”, concluded and understanding that the holiday will continue to grow, despite current circumstances.

The gauges will be controlled all the time: that of fishermen, artisans and users, to take care of everyone's health but at the same time enjoy culture, sport and tourism, according to the times that run.

It should be noted that  bass is one of the leanest white fish , because it only provides 1.3 grams of fat per 100 grams; in addition to its high value in proteins, vitamins and minerals. It can be found throughout the year but is more present in the summer, from November to March.

Despite the current complications,  Puerto Santa Cruz  has managed to reconvert and adapt one of the holidays it celebrates nature through festivities and festivities.

Puerto Santa Cruz has just over 5000 thousand inhabitants and is located 256 kilometers from  Río Gallegos , the capital of Santacruceña: its connection is the National Route Nº 3 and provincial N& ordm; 288. However, this locality was the first in the province and was also the first capital: the stories of fishermen and sailors, are the order of the day. At the 6th National Robalo Festival and the 19 edition of “The 12 hours of Róbalo” you will not be able to go if it is not local, but hopefully next year will be on the agenda and on the route of thousands and thousands of tourists from the  Patagonia , from corners of Argentina and foreigners around the world to enjoy the great, wide and diverse region and their respective festivals.