With a different event and with little public in the stands, Luján de Cuyo chose the best wineries in the department to make his Harvest. 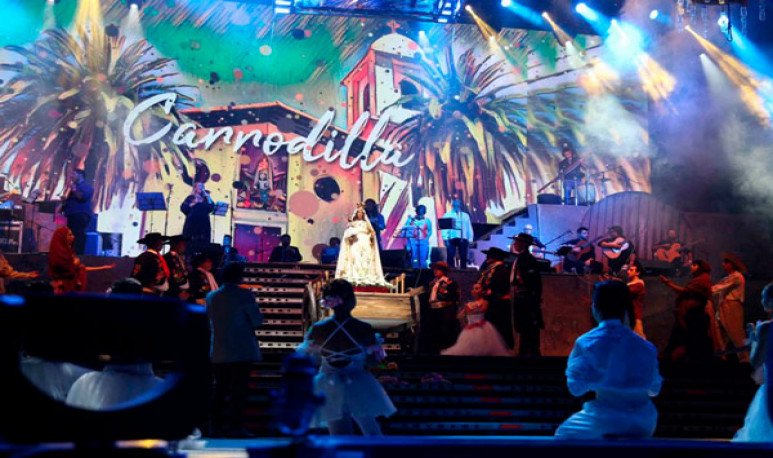 The  National Harvest Festival, with all its components, was totally discarded for this year.   However, with some themed events and celebrations, the spirit has remained. The province of Mendoza is preparing a special to broadcast on March 6 for the whole country, in “film” format. Thus, each department copied the form and has developed an audiovisual material that represents the  wine activity  of each place.

Harvest in the wineries

That is the name of the concept of Harvest developed by Luján de Cuyo for this year. He held it over the last weekend, with far and good reviews.  It was a challenge and logistics that surpassed the traditional Harvest.

Simultaneously, on Saturday and Sunday night,  a stage was set up in each of the 12 wineries that joined the celebration.   A stage with screen and in front of chairs, tables and livings that were distributed throughout the garden of each  cellar . In addition, there was a strong and exquisite gastronomic proposal and, of its kind, wines.

After an introduction of the announcers in turn,  the film Vintage was shot on the screen. This was accompanied by the presentation of ballet groups, previously chosen by casting, and singers. Thus, the Vendimia classics such as the song to the Virgin of La Carrodilla,  Malambo  and the traditional Harvest March were not missing  .

The film that was aired was titled “Back to fall in love”. He told the story of a woman, a wine critic, who had lost her passion for viticulture. But, by traveling to Mendoza and meeting the winemaking producers and the various stages of production, he regained the charm of our drink. Public acceptance was very good and everyone was delighted with a definitely different proposal.

Then,  after the screening of the audiovisual material, outstanding musical groups, soloists and dancers came on stage that delighted people for an hour, to conclude everything close to midnight. The weather accompanied, the night and the stars put a special condiment to a totally different and innovative proposal.

Many highlight this year's Luján Harvest for the fact that it was the only one with total  public presence. Although, when we talk about totality, we mean all the localities sold, of which were available, which were substantially reduced by health issues. The truth is that about 150 people enjoyed, in each winery, Harvest in the Bodegas.

5 programs to enjoy the Harvest in Mendoza