The Asadoras Women's Festival takes place every year in Marull, province of Córdoba. We tell you what this roast party is about. 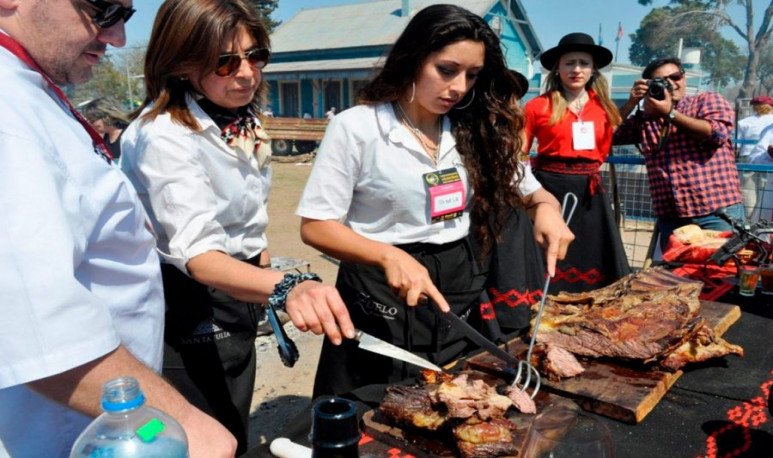 “Make a roast, take fernet”: so says the classic   quarteazzo   which were sent Los Caligaris. And, in Marull, they meet it at the women's grill festival.   Marull is the town of taste.   Each of its streets has a new gastronomic proposal. Among cheeses, wines, pastas and roasts, this destination is located   170 km from the capital Cordovan is the culinary paradise.   This farm-livestock village of 2 thousand inhabitants organizes year by year   a very particular festival.   In which, in addition to enjoying the food, it is shown that   tasks have no gender.

The Festival of Women's Asadoras   is celebrated more than 6 years ago. It is a very young festival, but it is already on the podium of the busiest. He's got his fame and we Cordobeses don't miss it.   Almost 20 women from all over the province prepare their grills   , sharpen their knives and unfold their magic. Each one with its rite, its trick and its recipe to make   the best roast   .

The first prize is in cooking ribs. The competitors are organized from two to two. The competition is healthy, fun and fair. The teams made up of these pairs are well organized. Each has its task and respects   rajatabla.   On the one hand, it's   the hogonera,   which is responsible for selecting the firewood and preparing the fire. On the other hand,   the grill   . The latter is the most important. Since all the decisions are hers. It is the   executive director:   says when to take out the embers or move them, when to turn the meat. She's the one who decides   when is the delicacy ready.

Jurors   evaluate several points. Preparation of meat, for example, has a   special score   . Taste and degree of cooking, too. All these characteristics influence the final choice of a national champion of the asado. In all editions, the jury is made up of women and men. However, in the 2019 edition, it was composed only of men, as an exception. In addition, there is   a whole rite   who puts a   special mystique to this event.   It's the garment of the grills. These are dressed in gauchas and, among ponchos, panchos and hats, roast the meat.   The gauchesque style gives the traditional touch to the scenography.