Lentils and grapes, two Christmas traditions that give something to speak in our country 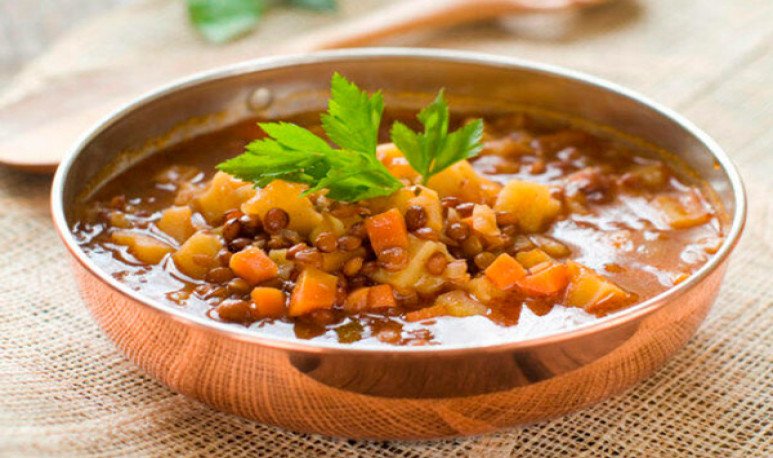 Lentils are usually associated with winter. The amount of calories they have makes  legume an ideal food to eat in cold seasons.  The best known variant is the  lentil stew, with tuco  , almost undone vegetables, some piece of red meat or chicken, bacon and red chorizo. However, there is a  Christmas tradition that indicates preparing them for these dates and consuming them cold.  We tell you where the lentil salad comes from and what is its Christmas symbology.

The end of a year is historically understood as the  closing of some stages and the opening of others.  Many traditions for this time involve  leaving behind negative events and porguurating wishes for good fortune for the future  . Breaking dishes in Denmark, 108 chimes in Japan, burning dolls and old clothes in Peru or barrels in England, are some of the examples of good Christmas wishes.  In Argentina, giving a pink bombacha and wearing old clothes are included in this catalog.

Why lentils? The answer is Italian

Some Argentine families also repeat the   Italian  custom of eating cold  lentils   : it is believed that this tradition comes from  Ancient Rome , where the custom of giving away a  leather bag containing a handful of lentils was born, with the desire that they would someday turn into gold coins and bring prosperity and wealth for the whole year.

Many Italians emigrated to America  during the 19th century, transporting their traditions there, so it is not surprising that, today, many Latin American countries also have the habit of eating lentils at the end of the year and Argentina is no exception  .Lentils are eaten cold and can be accompanied by salad ingredients. The original recipe consists of boiled lentils with a stream of vinegar; garlic and chopped parsley plus a stream of olive oil and lots of lemon.

For those who find lentil very heavy, there is a  Spanish solution for the Christmas customs of good wishes.  Eating the  twelve grapes with the chimes is one of the most original New Year's Eve traditions in Europe.

It all started in  1909, when an overproduction of grapes in the Spanish Mediterranean led to  winegrowers , eager to get rid of the surplus, to invent the pretext  that It was lucky to eat them on New Year's Eve. In this way, what began almost as an excuse became  one of the most entrenched end-of-year traditions in  Spain  and, by in many corners of Latinoaméric a, where it has arrived thanks to the emigration of many Spaniards and the return home of many other immigrants throughout the twentieth century.

So you know,  if 2020 was a nefarious year, nothing better than Christmas and Mediterranean customs to feed the good omens of 2021...  although it is worth warning: not to pass with the intake that the next day has to follow.

The ingredient that dominates the Christmas tables