After the date of its foundation was finally established in 2017, the town of Las Heras celebrates its anniversary. 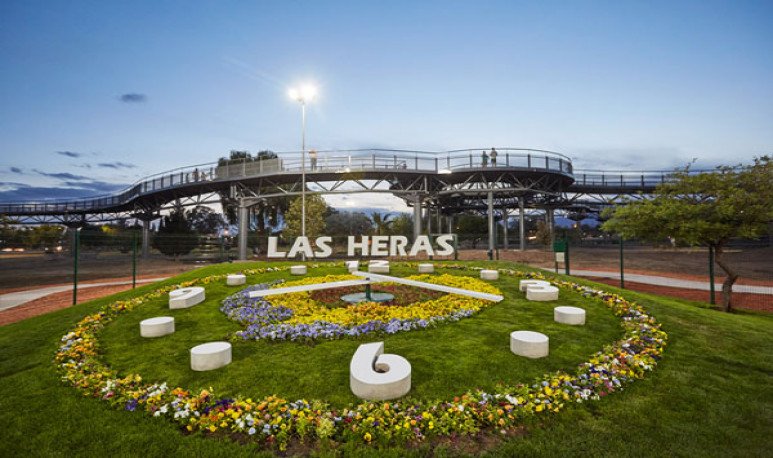 Located in the north of the province of  Santa Cruz ,  in the San Jorge Gulf basin, with a deep tradition  oil company  and born from the passage of the railway,  this Tuesday 6 October celebrates its anniversary the town of Las Heras.

Over the years it had several denominations  and its final date of its foundation was established relatively recently, as the decree giving the village a definitive name, the construction of the railway station and other issues left a sort of uncertainty in the date for celebrate.

It all started with the construction of the Patagonian railway and the construction of the Las Heras Station. With that cornerstone, the region began to populate massively and become known as Punta Rieles. However, until its current name was called Parada 283, Colonia General Las Heras, Trace de Ostrich.  Until, on  July 11  , 1921, by means of a decree the then-president  Hipólito Yrigoyen  created the village of Las Heras.

However, that is not the date on which Lasherenses celebrate their anniversary.  In June 2017, the local Deliberate Council approved the ordinance establishing the founding date of Colonia Las Heras to October 6, 1914.

After the contribution of neighbors, historians and official documents, it was concluded that it was the aforementioned date on which the name of Colonia Las Heras was imposed on the railway station — a decisive factor for the growth of the village — and, by extension, on the village installed there from its installation.oacute; n.

In addition to being the month of its anniversary, October is also important for the inhabitants of Las Heras. Although the day of the  Lasherense flag  is celebrated on September 15 of each year, on October 1, the draft ordinance was approved declaring the design of Professor Raúl Lauquen as the flag of the locality. Six days later, on 7 October, the executive branch promulgated the regulations.

The local pavilion combines on its background the blue blue and white of the Argentine flag, and the black for the “Oschen Aike”. In the center there is an ocher circle representing the earth, with the four cardinal points, surrounding it upwards is the rising sun with orange rays representing the wind, and downwards the railway tracks that were the beginning of Las Heras.

Within the ochre circle, the oil rocker coexist, the axis of the Lasherense economic growth, the wind mill representing the future, the guanaco representing the native fauna and a sheep as the axis of economic activity in the early days of Las Heras. In the black space above and below the flag, there is a conjugation of  Mapuche - Tehuelche guards. 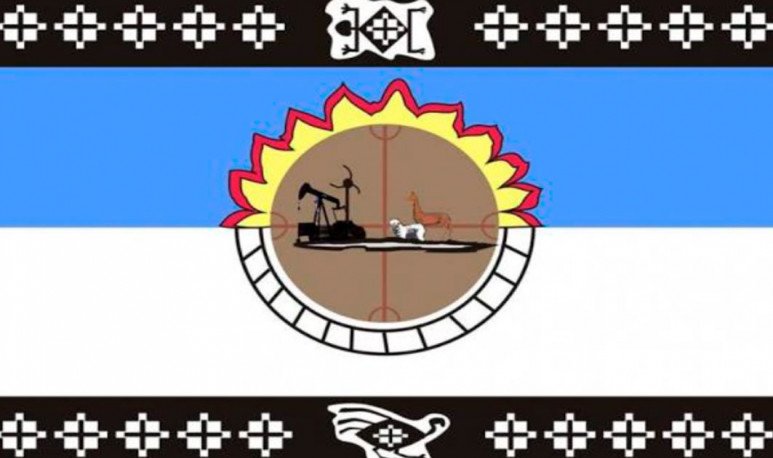 The growth from the railway led, during the 1920s, to establish in Las Heras various public offices and major shops that would expand throughout the  Patagonia , as the Importing Anonymous Company, known to this day as La Anónima.

Also,  in the 1930s major changes continued in the town  with the founding of the Las Heras Sports Club, the installation of the Post Office, the beginning of the construction of the National School, the first aid room and the arrival of the Rural Society.

However, before that happened, the city had a resounding turn in its productive system, as some loads stopped using railways in the beginning of that decade, which had a negative impact on the community, but that was offset by the discovery of oil.

The first well was drilled by YPF in 1932 and the resurgence of Las Heras began there. Work continued for four, but then stagnated until 1956. That year, a gravimetric commission arrived in the town of northern Santacruce, with the aim of carrying out land studies and from that date, drilling tasks resumed until today, becoming a powerful and very important village for productive development in that Patagonian province.