Villa Regina, one of the cities in the thriving Alto Valle del Río Negro, is celebrating. 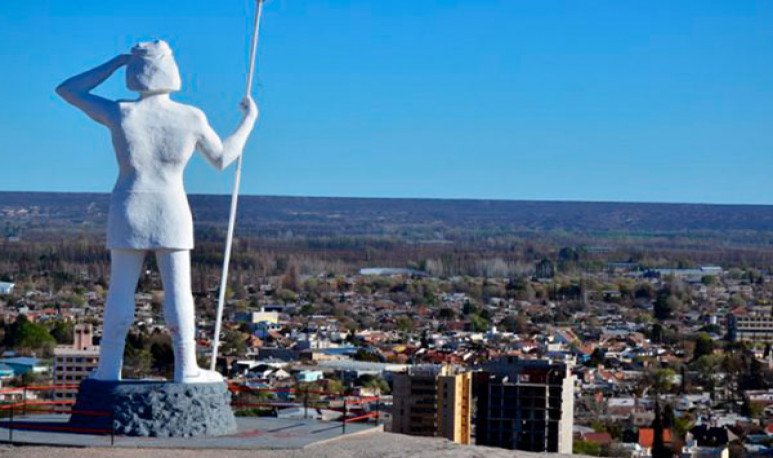 Born in the heat of  immigration , this November 7 celebrates its 96 years the town  rionegrina   from  Villa Regina  .

Nestled in the  Upper Valley , the city of some 40,000 inhabitants owes its name to the lyrical singer Regina Pacini, wife of the then-president  Marcelo Torcuato de Alvear  , who in 1924 proposed that name for that village that had begun to grow.

It was in that year that Juan Mion built the first house in the town that began as an agricultural colony. Then the Villa Regina began to populate with immigrants, especially from Italy.

Like the rest of the villages of the Alto Valle del Río Negro, the  production of  pears and apples   is one of the main economic in the city, but so is the wine  activity and wine activity.iacute; cola , which over the years grew in production and marketing of wines both domestically and abroad. This led to Villa Regina to host the  Provincial Harvest Festival , which takes place since 1973 and is one of the great popular events that give color to Rio Negro.

Also, the first tomato canning factory and the first sweet factory in Alto Valle were installed there.

In addition, Villa Regina receives every two years to  the Comahue National Fair , an event that brings together organizations and businesses large and small to exchange experiences and showcase each other's activities and products. In this context there are talks, business rounds and conferences, while there are also cultural and gastronomic events.

And, if we mention the word “Comahue”, we cannot fail to refer to the “Indio Comahue”, the monument erected -for the first edition of the National Fair - in honor of the native inhabitants of the region, located in the North Barda of the city.

The Indio Comahue today functions as a viewpoint that is visited by tourists and neighbors given that it offers a beautiful panoramic view of the city, but is also the center of sports activity “ Trekking  al Indio Comahue”, an event that summons a large number of athletes every year.

Like every town that celebrates its anniversary after March 15, this 2020, in the words of Mayor Marcelo Orazi “invites us to enjoy, share it and live it in a different way.” The mass celebration in the square and the central streets or the amphitheater was ruled out, but, anyway, there will be a celebration.

In this sense, framed in the activities of the anniversary month, from 20 to 29 November Villa Regina will participate with a virtual stand of the International Fair of Smart Destinations.

In addition, the neighbors will have the possibility of being part of the first 'CicloTour', in which throughout the month you will be able to tour 3 specially organized circuits: Historical, Barda Norte and Rural.There, Reginenses must complete one or the circuits that the participant wants, find the wafers to record the points visited and upload the tour through social networks under the hashtag #RumboAlos100años thinking that in 2024, Villa Regina will celebrate its first centenary.

Also, on Sunday 15 the “Time Trial” will be held, a cycling activity that in addition to having a competitive instance, will be added this year the Mountain Bike or Recreational modality.

It also begins, in accordance with the city's anniversary, a streaming cycle that will continue on Sunday 15 and Saturday 21.

It will not be the celebration that the neighbors are accustomed to, but Villa Regina decided to reinvent herself to celebrate its 96th anniversary. Happy birthday to the Pearl of Alto Valle!